Joel-Peter Witkin: From the Studio

On view through Wednesday, July 3rd

After more than 31 years in River North, Catherine Edelman Gallery is relocating to 1637 W. Chicago Ave., in the growing West Town gallery district. We are thrilled to inaugurate our new space with Joel-Peter Witkin: From the Studio. The exhibition will feature more than 25 photographs, 80 drawings, as well as sketchbooks and journals, darkroom tools and cameras, letters and contact sheets, offering viewers a glimpse inside the mind of one of the true masters of photography. The exhibition will also be showcasing a newly filmed documentary about Witkin’s life, art, and legacy, created by Catherine Edelman and filmmaker Ben Kolak (Scrappers Film Group).

For more than 60 years, Joel-Peter Witkin has stayed true to his mission: to create photographs that show the beauty of marginalized people by placing them into art referential tableaus, often laced with Catholic overtones. His work features hermaphrodites, post and pre-op individuals, and people born with physical abnormalities. In his eyes, all people are beautiful, regardless of societal norms.

Much has been written about Joel-Peter Witkin. With more than 25 monographs dedicated to his work, there is no denying his importance in the art world. Recently, Witkin revealed he was diagnosed with dementia. As he approaches his 80th birthday, he graciously agreed to speak with Catherine Edelman about the disease, and the effect it has had on his creativity and life. Catherine spent two days in his home/studio in Albuquerque with filmmaker Ben Kolak (Scrappers Film Group), talking with him about his life, his art, his legacy, his views on God, and what he hopes he has contributed to photography. A short film called From the Studio will be presented alongside some of his most well known works including The Kiss, Siamese Twins, Harvest, Bee Boy and Woman Once a Bird, as well as new work including A Mermaid’s Tale, the last photograph he was able to make before the onset of dementia, which has left him unable to create art. CEG is honored to recreate the set of A Mermaid’s Tale in one of its galleries, which includes the painted backdrop, shells, and objects that formed the making of this amazing photograph. 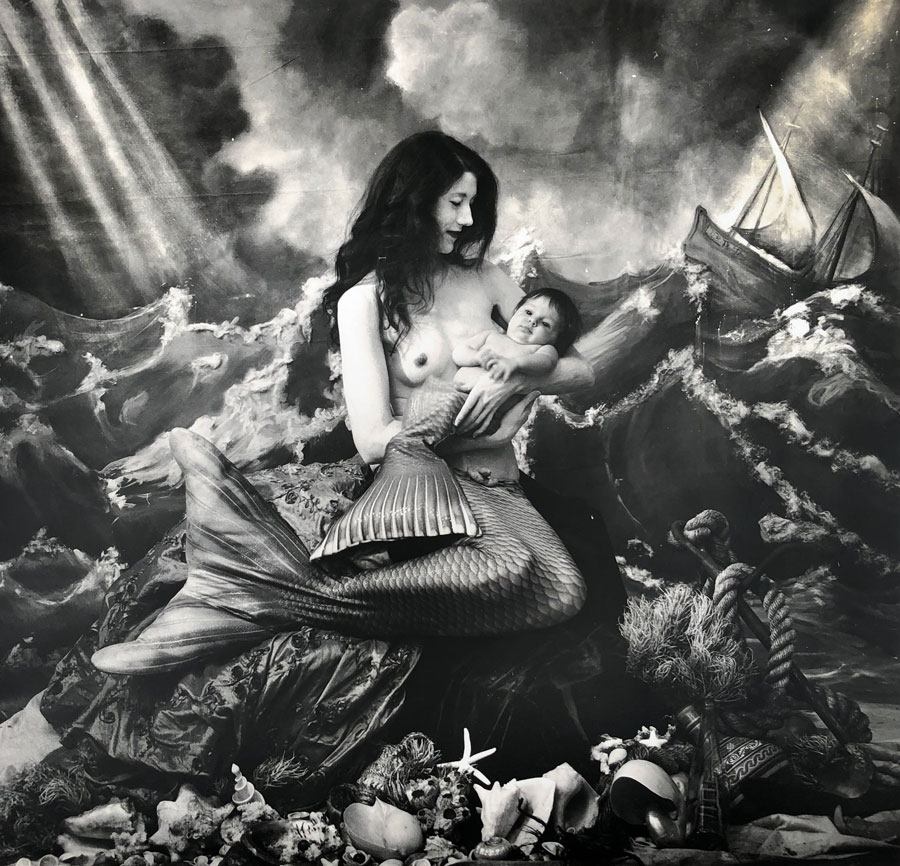