Jason Farley: For The Love of Pop Culture

On view through Monday, June 17th

A solo exhibition by Jason Farley.

Jason Farley is an artist based out of Chicago. He received his art education from the American Academy of Art in Illustration and a background in Fine Art. His focus was on story telling and portraiture while going through his studies. Although his main attraction was with oil painting, Jason is versatile in a number of mediums and styles. This giving him the ability to create a variety of different content and commissions.

His works explore the relationship between artistic expression, celebrity culture, fashion and street art. By marrying these different art forms together, Jason was able to create a dynamic breed of pop art and urban contemporary. Music has the biggest impact on pop culture thus the reason for the number of musician portraits within this series. The love for pop culture is imbedded in societies across the globe and this exhibition shows how people relate to the specific content. 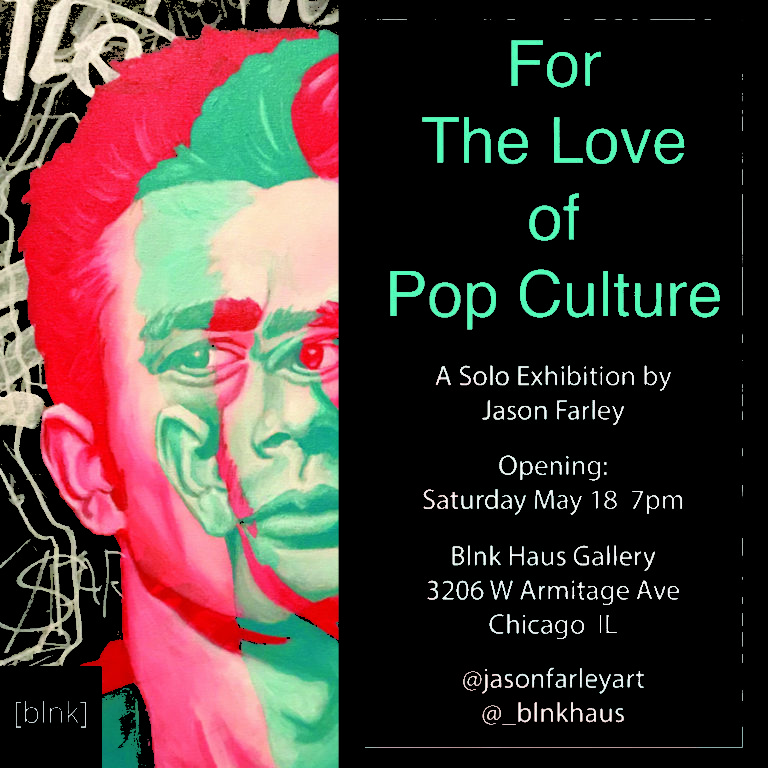