King’s College London and Duke University are pleased to announce an evening of discussion, ‘testing the temperature’ of the relationship between modern and contemporary visual art and Christian tradition today.

This exceptional programme brings together contributions from Professor James Elkins (School of the Art Institute of Chicago) and Professor Thomas Crow (New York University), chaired by Professor Ben Quash (King’s College London). The event is free and open to all. No registration or tickets are required and seating will be first come, first served on the evening.

James Elkins: On Misunderstandings between Religious Art Practices and Art History
This is a report on the distance between avowedly religious art (as it is practised and taught in art schools, academies, and theological unions) and the disciplines of art history, art criticism, art theory, and studio pedagogy. It has been said that the ongoing lack of communication between openly religious art practice and disciplines such as art history is a matter of modernism’s distance from faith, or of scholarship’s distance from advocacy; James Elkins proposes that one of the most fruitful ways of thinking about it is as a matter of the forms of conversation that take place in conferences, lectures, and other venues. In particular the distance between religious values and historical values can be seen as a question of the relative places of empathy, biography, and community.

Thomas Crow: No Idols
The theme of this talk will be the generally inverse relationship between grandiosity in a work of art and its intrinsic theological import, the latter term being understood apart from visualizing points of doctrine or events of sacred import. From miracle-working ‘true images’ to the hyper-valuation placed on museum masterpieces severed from their original religious contexts, art is continually susceptible to the idolatrous regard that invests inert matter with living properties. To approach the sacred, an artist aware of this trap must defeat the normal enticements of idolatry, whether of self-righteous display or aesthetic delectation, while providing some compensating richness of experience. Thomas Crow encountered his own point of departure toward this insight in the shape of one painting, the White Tablecloth by J.B.S. Chardin, housed in the Chicago Art Institute.

Professor Thomas Crow
Rosalie Solow Professor of Modern Art
New York University
Thomas Crow is Rosalie Solow Professor of Modern Art at the Institute of Fine Arts, New York University. Previously Director of the Getty Research Institute, he initiated the Pacific Standard Time research and exhibition project devoted to art from southern California. He has held chairs in art history at Yale and the University of Sussex in the UK. His recent books include The Long March of Pop: Art, Music, and Design 1930-1995 and Restoration: The Fall of Napoleon in the Course of European Art. His No Idols: the Missing Theology of Art was awarded the prize for best book of 2017 by the Art Association of Australia and New Zealand.

Professor James Elkins
Chair of the Department of Art History, Theory, and Criticism; School of the Art Institute of Chicago
Chair of the Department of Art History, University College, Cork, Ireland
James Elkins grew up in Ithaca, New York, separated from Cornell University by a quarter-mile of woods once owned by the naturalist Laurence Palmer. He stayed on in Ithaca long enough to get the BA degree (in English and Art History), with summer hitchhiking trips to Alaska, Mexico, Guatemala, the Caribbean, and Columbia. For the last twenty years he has lived in Chicago; he got a graduate degree in painting, and then switched to Art History, got another graduate degree, and went on to the PhD in Art History, which he finished in 1989. (All from the University of Chicago.) Since then he has been teaching in the Department of Visual and Critical Studies and the Department of Art History, Theory, and Criticism at the School of the Art Institute of Chicago. His writing focuses on the history and theory of images in art, science, and nature. Some of his books are exclusively on fine art (What Painting Is, Why Are Our Pictures Puzzles?). Others include scientific and non-art images and archaeology (The Domain of Images, On Pictures and the Words That Fail Them), and some include natural history as well (How to Use Your Eyes).

The Revd Professor Ben Quash
Professor of Christianity and the Arts; Director, Centre for Arts and the Sacred at King’s College London.
(Director, Theology, Modernity and the Visual Arts)
Ben Quash was Chaplain and Fellow of Fitzwilliam College, Cambridge, and a lecturer in the Cambridge Theological Federation from 1996-1999, then Dean and Fellow of Peterhouse, Cambridge, from 1999 until he came to King’s College London as its first Professor of Christianity and the Arts in 2007. He works principally in the area of Christian theology, with a longstanding interest in the 19th-century background to modern theology, 20th-century systematics, philosophical theology, and Christian ethics. He is fascinated by how the arts can renew people’s engagement with the Bible and Christian tradition. He runs an MA in Christianity and the Arts in association with the National Gallery, London, and broadcasts frequently on BBC radio. He is a Trustee of Art and Christianity Enquiry, and Canon Theologian of both Coventry and Bradford Cathedrals. His publications include Abiding: The Archbishop of Canterbury’s Lent Book 2013 (Bloomsbury, 2012) and Found Theology: History, Imagination and the Holy Spirit (T&T Clark, 2014), and he has written catalogue essays for exhibitions at Ben Uri Gallery, London, the Inigo Rooms in Somerset House, and the Vatican Pavilion at the Venice Biennale 2015.

This free, public event is part of a four-year research project on the topic of Theology, Modernity, and the Visual Arts, led by Professor Ben Quash at King’s College London, in collaboration with Duke University, and generously sponsored by the McDonald Agape Foundation. Its purpose is to enquire into a theological reading of modernity in the company of visual artists, asking how the visual arts can help us to understand the theological (or even anti-theological) currents of modernity more deeply. Theology, Modernity, and the Visual Arts is part of a larger enterprise (Theology, Modernity, and the Arts) established by Duke Initiatives in Theology and the Arts, which is undertaking research in three main areas: music, the visual arts, and literature.

The programme for Theology, Modernity, and the Visual Arts consists of a series of academic symposia hosted by major international art galleries in the UK, USA, and Europe. It began in 2018 at the Royal Academy of Arts, London and will move to Berlin in 2020. Attended by a core group of international scholars in theology and art history, these meetings provide an opportunity for a sustained discussion of how the visual arts can help in interpreting the theological dimensions of modernity, and how theology can reflect on and inform interpretations of modernity in and through the visual arts.

The group is exploring what theology can learn from the insights and suggestions of modern and contemporary art, even when that art seems deliberately to provoke or repel. Given the abiding power of Christian motifs, ideas, and styles in a host of modern works that superficially look un- or anti-Christian, the group is also considering these indications that visual art and Christian tradition have not become complete strangers, and asking how contemporary viewers (Christian and non-Christian) interact with historical Christian art, and how modern sensibilities affect our viewing of earlier Christian artworks and artistic traditions.

The symposia are accompanied by public events with high-profile artists, theologians, and critics. These are opportunities to reflect on the visual arts as an arena in which some of the deepest questions of life and death, meaning and purpose, continue to be raised, and on the relationship of visual art with Christianity, both as cultural heritage and as contemporary lived faith. 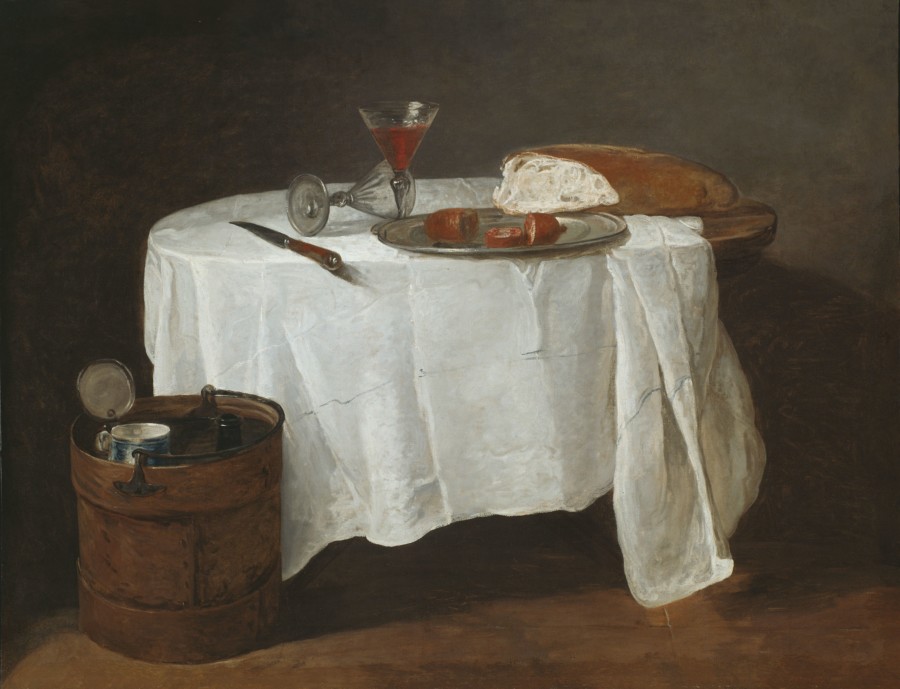