Recep Tayyip Erdoğan, Turkey’s President and long-time leader of the AKP government, is known today to most international audiences as an authoritarian, autocratic leader who has consolidated significant power crashing any and all dissent. Today’s AKP, however, is a far cry from the party’s initial neoliberal program that emphasized civil liberties and inclusion of various national Others. In this talk, Evren Savcı traces the shifts in AKP’s governance to suggest not a rupture, but rather a continuity between neoliberalism and securitarian authoritarianism. Focusing on sexual politics under AKP’s “neoliberal Islam,” she discusses what we can learn about the contours of this system from various forms of normalization and resistance that take place under it. This also allows us to ask, she proposes, why neoliberalism and Islam have been discussed separately in queer studies, and what this separation tells us about queer studies’ epistemic approach to the question of cultural difference.

Evren Savcı is Assistant Professor of Women’s, Gender, and Sexuality Studies at Yale University. Savcı’s work on the intersections of language, knowledge, sexual politics, neoliberalism and religion has appeared in Journal of Marriage and the Family, Ethnography, Sexualities, Political Power and Social Theory, Theory & Event, and Journal of Feminist Studies in Religion, and in several edited collections. She has contributed op-eds, blog entries and interviews to Jadaliyya, The Feminist Wire, make/shift, and Middle East Research and Information Project. She is currently finishing her first book Queer in Translation: Sexual Politics under Neoliberal Islam (under contract with DUP), which analyzes sexual politics under contemporary Turkey’s AKP regime. As she wraps up her first book, she is starting a new research project on “failures of Westernization,” analyzing sexual practices that were deemed “uncivilized” and either heavily discouraged or outlawed by the Turkish Republic, such as Islamic matrimony, cousin marriages, arranged marriages and polygamy, yet are still practiced today.

Part of the LGBTQ Speaker Series.

Tags: "Queer in Translation: Sexual Politics under Neoliberal Islam", Chicago, Evren Savci, Hyde Park, The Center for the Study of Gender and Sexuality 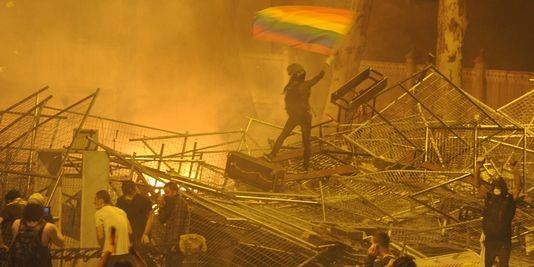