Derrick Adams: The Ins and Outs: Figures In The Urban Landscape

On view through Saturday, July 6th

Derrick Adams
The Ins and Outs: Figures In The Urban Landscape

“The function of art is to do more than tell it like it is—it’s to imagine what is possible.” —bell hooks

Rhona Hoffman is thrilled to present “The Ins and Outs: Figures in the Urban Landscape,” the gallery’s third solo exhibition with Brooklyn-based artist Derrick Adams. Speaking to a legacy of perseverance in the Black community, Adams’ new paintings unfold the twists and turns, joys and struggles of navigating life in an urban context.

A continuation of Adams’ “Deconstruction Worker” series (2010–), the constructed portraits depict the everyday with a style drawn from Modernism and the idealized and exaggerated forms of traditional African sculpture, also taking inspiration from contemporary pop culture and vernacular scenes from the artist’s life. Rendered in a cubist style, the subjects are framed by abstracted city streets on which miniature model automobiles break free of the two-dimensional plane. The city grid speaks to the paradox of movement and progress—both individual and collective—within the confines of existing paths. Whether posed or caught in motion, the subjects are surrounded by an environment that adjusts to accommodate each individual. For Adams, the works suggest that “we are who we are because our presence is strong enough to also inform the spaces we occupy.”

With this work, Adams continues his ongoing project of creating space to imagine alternative narratives; he seeks to empower his viewers with fulfillment and dignity, proposing that awareness of one’s own cultural capital can be foundational to Black autonomy.

Born in Baltimore, Maryland, Derrick Adams is a Brooklyn–based, multidisciplinary artist. He received his MFA from Columbia University, BFA from Pratt Institute, and is an alumnus of the Skowhegan School of Painting and Sculpture and the Sharpe-Walentas Studio Program. He is a recipient of the Joyce Alexander Wein Artist Prize, Louis Comfort Tiffany Award, and Agnes Martin Fellowship. He has exhibited and/or performed at MoMA PS1, Brooklyn Museum of Art, PERFORMA, Studio Museum in Harlem, Brooklyn Academy of Music, The Metropolitan Museum of Art, The Museum of Arts and Design in NY, and Museum of Contemporary Art Denver. His work is in numerous institutional collections, including the Studio Museum in Harlem, Metropolitan Museum of Art, and the Whitney Museum of American Art. 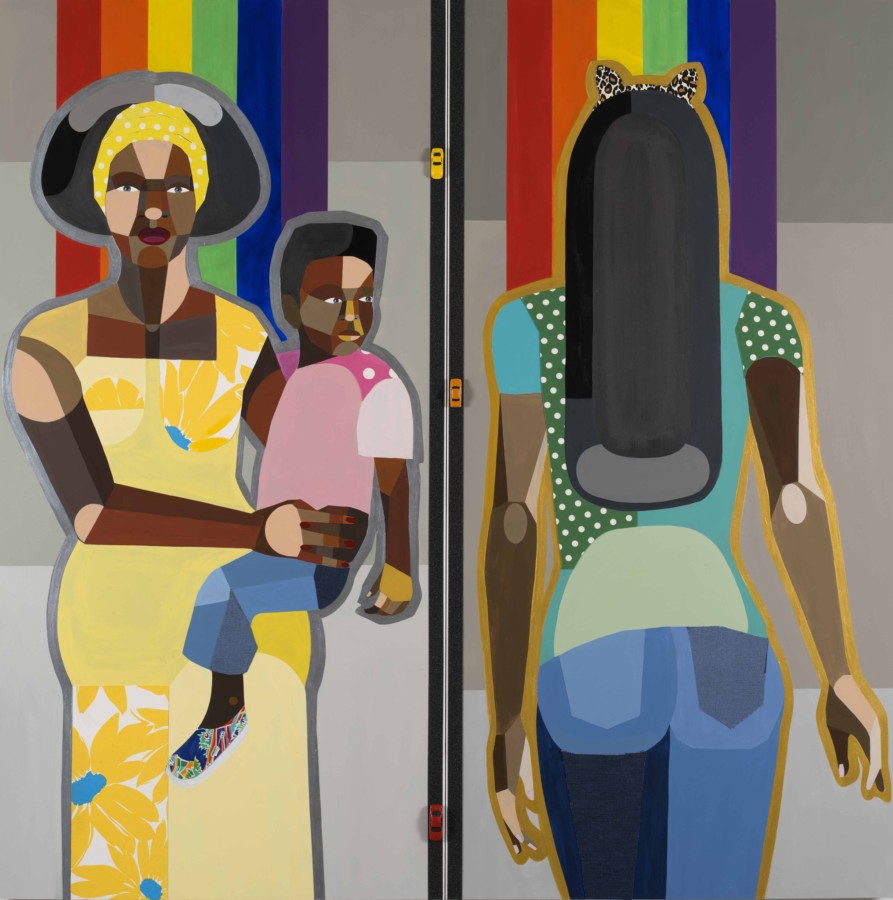