The venerable 1911 edition of the Encyclopedia Britannica explains that in Cockaigne “the rivers were of wine, the houses were built of cake and barley-sugar, the streets were paved with pastry, and the shops supplied goods for nothing. Roast geese and fowls wandered about inviting folks to eat them, and buttered larks fell from the skies like manna.” Even today, when the legend of the land of Cockaigne is largely forgotten, the word still brings to mind hedonism and vulgarity. With that in mind, artists Nick Van Zanten and Malte Stiehl will collaborate to create an appropriately fanciful sensory overload, working in their chosen media of LEDs, spandex, cotton candy, sequins, resin, plexiglas, mirrors, and just about whatever else they can lay their hands on as they press good ideas too far. As scarcity becomes plenty becomes too much the borders between subject and object, desire and repulsion will become unclear. As in an old Dutch painting of Cockaigne, impossible pleasures will be shown, if only to point out their folly.

Nick Van Zanten (b. 1988 in Chicago, IL) creates assemblages that entangle sewn paintings and artist-made garments, designed to evoke a desiring gaze and begging to be held, touched, and worn, yet also abject – made of cheap fabric and not in the best of taste. These ‘Formfits’ elicit desire and, simultaneously, embarrassment at that desire. Van Zanten received his BFA from Pratt Institute and MFA from the University of Illinois at Chicago in 2018. He has exhibited throughout the United States, was a resident at VCCA, Yaddo, and the Wassaic Project, and has appeared in Art in America and New American Paintings.

Malte Stiehl (b. 1989 in Kassel, Germany) is an interdisciplinary artist who creates installation-based works that explore the notion of material agency through organic interplay between image, object, and the viewer. The installations serve as experimental setups in which rigorous investigation of human perception is accompanied by free formal improvisation. Materials degrade and transform over time, developing a life of their own. The inaccuracies and difficulties that result from the translation of an idea into a physical thing play a defining role in the process. Stiehl studied at the Hochschule für Künste Bremen in Germany, and was awarded a DAAD post-graduate scholarship in 2017. He will receive his MFA from UIC in May. 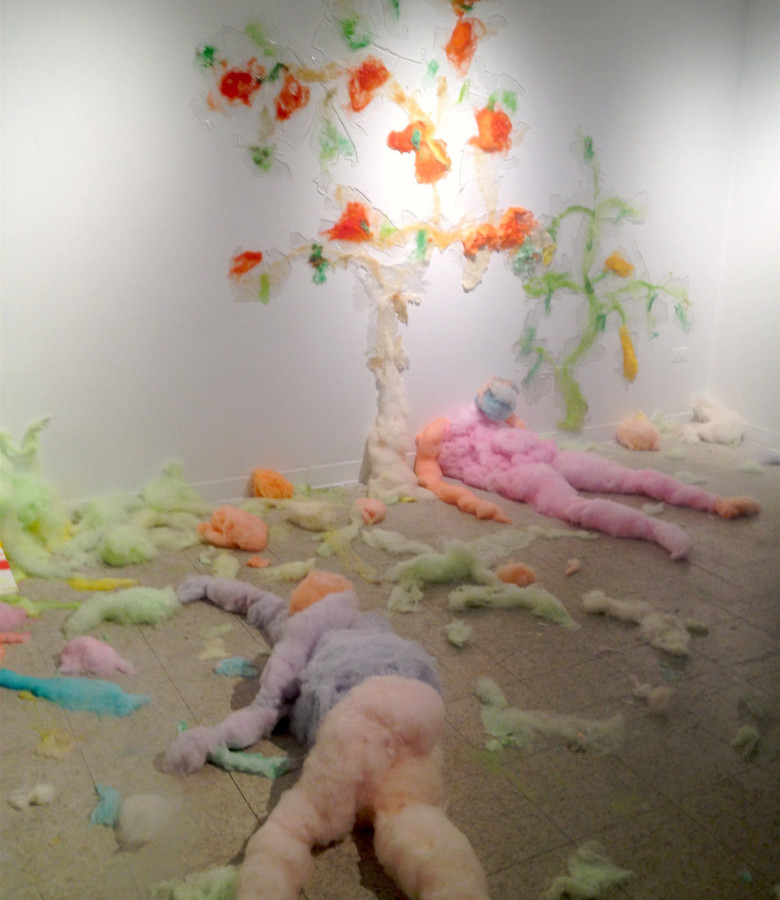