Join us May 4, 2019 at the Co-Prosperity Sphere for a special exhibition and evening of performances by founders and participants of the Chicago No Wave scene of the 1990s.

Chicago No Wave was typified by abstraction, noise, abrasion, nihilism, black humor, intensity, chaos, surrealism and experimentation. The sights and sounds of this lesser known part of Chicago’s cultural history will be shared in this one night freak out. We are excited in presenting one of the standard bearers of the No Wave sound, the Flying Luttenbachers, whose new album, Shattered Dimension was just released.

There will also be performances by musicians Bobby Conn, Azita, and DJ Le Deuce, whose careers were born in that era. A special reunion performance by D.O.G., and an inter dimensional live set by 0th.

An archive of fliers, zines, photos, videos and images from the Chicago No Wave scene from 1992-1999 that has been collected from participants and fans from the period and will be on display. Visual art by some of the scene’s cultural ambassadors: Jodi Mechanic, Kelly Kuvo, Rose, Jim Newberry, and Shane Bugbee will also be exhibited.

Lumpen magazine will release a series of photocopied zines that showcases its coverage of artists and musicians during that era, a collection of written works by Lumpen Time contributors from that period, and a few zines with reproductions of fliers, photographs, posters from the Chicago No Wave period. 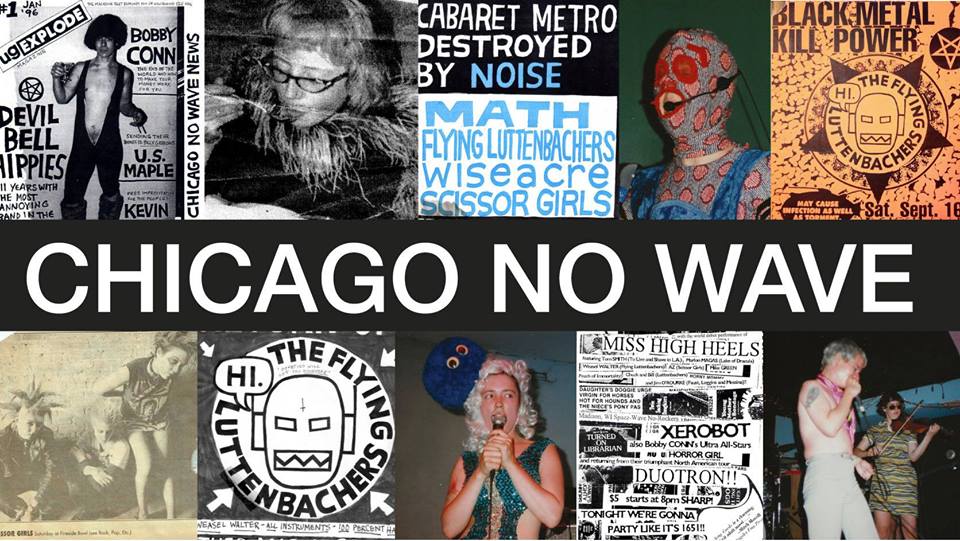