On view through Friday, May 17th

New Paintings-including ‘Mystery, Mythology or Metaphor’ and ‘Parking Lot 13’-will be showcased at MLG’s Woodfield Mall location, beginning with an artist reception Friday, May 3rd

“I attempt to create images that contain texts that contradict, question or are critical of the visual content.”-Brad Faine

British artist Brad Faine is well known for the original digital pigment prints he creates exclusively on the computer, each the first-generation image. In the tradition of Andy Warhol, Brad Faine has unveiled a striking series of abstract prints created with diamond dust. This Diamond dust is a glittering material that can be applied to paper and ink in the silkscreen printing process to create a textured and luminous finish His subject matter through the use of social, historical and popular references-serves as a reflection on the human condition.

Credit is generally given to Andy Warhol for popularizing silkscreen printing in the United States. He remained at the forefront of fine art printing throughout his career and continued to advance the technique, including incorporating diamond dust. As an illustrator in 1950s New York Warhol loved to draw high heels, in 1980 he returned to the subject in a Diamond Dust series of screen prints. ‘Diamond Dust Shoes’, with its spilled lady’s footwear stretching across a shimmering black background, alludes to an endless universe of high heels and plays into Warhol’s signature use of repetition. The diamond dust heightens the sense of glamour, suggesting luxury and expense – all things Warhol famously appreciated.

“Parking Lot 13” explores spectacular non-figurative works, popping with color. The image represents Faine’s abstract side-the only artwork in the exhibition that does not include some figurative elements. “Mystery, Mythology or Metaphor” consists of multiple compositions segued together into one seamless presentation, and visually articulates a number of the aesthetic graces that hint at the human confrontation with morality.

Both pieces are uniquely decorated with diamond dust, which offers the viewer a completely and wonderfully different look when seen from a side angle

“Even though I generate the majority of my images on the computer, I still consider myself to be working within the tradition of ‘easel painting’. As I enjoy and am committed in the making and manipulation of objects. I also believe that it is important to actually work on the making of images, as the process invariably leads to the discovery of new ideas, and hopefully helps to produce something that is a pleasant surprise and not a slavish facsimile of the point of departure; indeed, it is often the case that the residue of an idea leads to ideas”-Brad Faine

Brad Faine was born and raised in Brighton, England, studied Fine Art (Painting) at Leicester College of Art, and over the decades rose to what he is today-an internationally recognized artist and printmaker. For 40 years Faine was the managing director of Coriander Studio, one of Europe’s foremost printers and publishers of fine art limited editions, specializing in serigraphic and digital prints. During that time, he continued to work as a painter and printmaker in his own right. His works are held in many private and public collections in the UK, the USA, and the Middle East. Since 2005 his limited editions have been generated exclusively on computer and exist only in digital form. All of his prints are first generation images and not reproductions of pre-existing drawings or paintings. 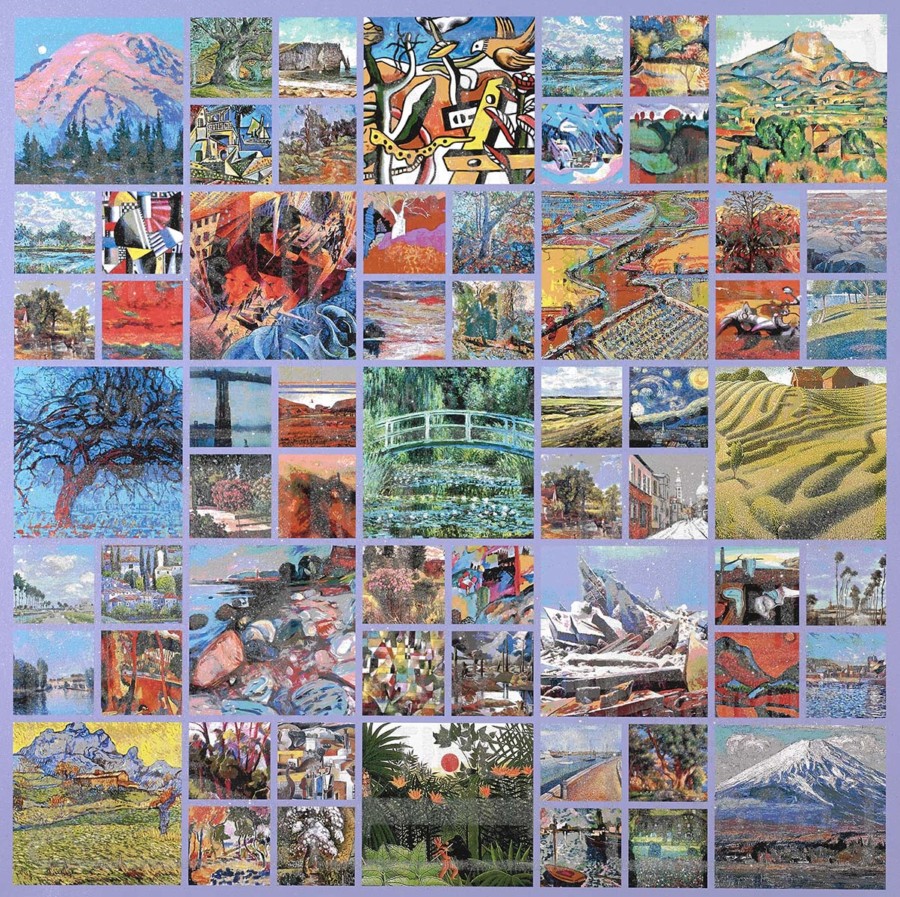