Act I: Play as Production

On view through Friday, May 31st

Act I, Play as Production draws from the Marxist notion of play as production, and French art critic Nicolas Bourriaud’s relational aesthetics, in which through play the artists construct works that examine and construct new political and cultural ways of seeing.

Titled ‘Act I’ the exhibition is situated within the framework of performance, expanded through the mediums of photography, installation and sculpture. Through the performance lens each work can be seen in the act of staging or being “staged” for the audience, as the artists intuitively consider space, light, narrative and the set itself as part of the production of new ideas. Both the works and the space are set in a constant state of performance and creation, physically activated by the artists and the audience.

In the act of play the artists engage the audience to transmit their social or political concerns and disrupt the models that structure society. Through the escapism of performance, the artists blur binaries of the real and unreal, familiar and unfamiliar to construct new “Acts” for the viewer to behold. The narratives range from tropes of nature and mythology, medicine and disease, the self and motherhood as the artists respond to issues of gender, immigration and motherhood in the United States today.

Anna Garner is an artist whose practice is framed by a foundation in lens-based media, blending performance and sculpture with video and still photography. Through staged interactions with other performers or with sculptural structures she creates work that stretches the capacity of her body to examine the ideals and illusions of control and strength. Anna’s work has been supported through residencies at Skowhegan School of Painting and Sculpture and Bemis Center for Contemporary Art.

Ting Ying Han is a Taiwanese artist based in California. Working in installation, performance and sculpture, Ting graduated in 2013 from the California Institute of The Arts, with a Master of Fine Art. Prior to this she graduated with a Bachelor of Fine Art, majoring in sculpture, from the Savannah College of Art and Design. Working as a transnational artist, the migratory experience of being in-between two places – Taiwan and America – informs Ting’s inquisitive practice that intuitively deconstructs the perceived established social paradigms she encounters.

Amiko Li (b. Shanghai) is a visual artist who lives in New York. Amiko Li creates photography and video works that explore his transnational experience, previously focussing on the paradox of intimacy and distance. Li graduated with a Bachelor of Fine Art from the School of the Art Institute of Chicago, and with a Master of Fine Art from Rutgers University.

Melanie Cooper Pennington is a sculptor based in Indiana. Working on a large scale, she creates sculptures based off anthropomorphic forms that explore the self in relation to emotion, strength and vulnerabilty. Working with natural materials and fibres her tactile work plays on the ability to draw the audience into a visceral experience that blurs the familiar and unfamiliar. Melanie is currently a visiting Assistant Professor at Indiana University, Bloomington IN.

Lucy Stranger is an independent curator and writer from Sydney, Australia. She is particularly interested in experimental art spaces that operate in rural areas, and her work is underscored by engaging with the push and pull between the periphery and the centre.

Lucy has worked as an independent curator over the last five years. Most recently she curated ‘Eyes on Australia’ as part of an international photography festival, Eyes on Main Street in North Carolina. The exhibition re-examines the Australian landscape through the female lens of Tamara Dean, Hoda Afshar, Raphaela Rosella, Prue Stent and Honey Long, Marcelle Bradbeer and Jasmine Poole. 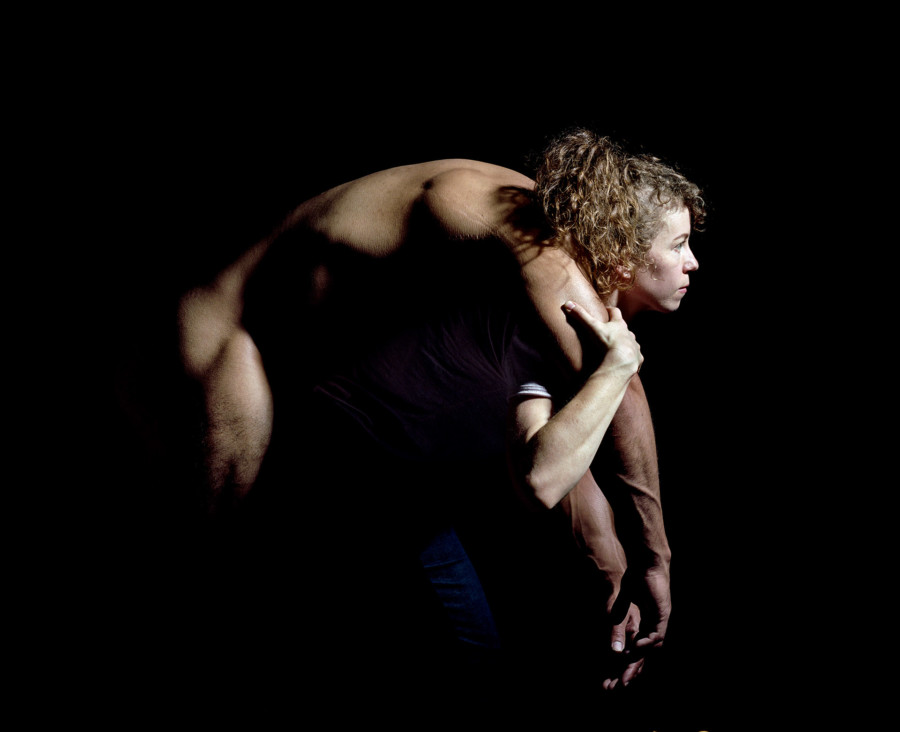