Opening Thursday, May 23rd, at 6PM

The Chicago House Music Conference and Festival will feature an industry gathering, DJs and live performances showcasing the various sounds and styles of house music, the genre born in Chicago that has gone on to revolutionize dance music internationally.

Catering to DJs, musicians and industry professionals the Chicago House Music Conference on Thursday, May 23, 6–9 p.m. at the Chicago Cultural Center (78 E. Washington St.) will include panel discussions on topics related to the culture, artistry and business of house music.

Thursday, May 23
The House Music Conference at the Chicago Cultural Center from 6–9 p.m. will include panel discussions on topics related to branding, culture, artistry and the business of house music throughout the building in Preston Bradley Hall (3rd Floor South), Millennium Park Room (5th Floor South) and the Washington Room (5th Floor South).

The evening’s keynote panel at 6:30pm in Preston Bradley Hall is Anatomy Of A Groove: House In Borrowed Spaces, discussing what goes into making space for the house music community and creating successful events. Moderated by DJ Duane Powell, panelists include Robert Williams, the founder, father and former owner of legendary clubs that include The Warehouse and Music Box; Eric Williams with the Silver Room; curator Rae Chardonnay, co-owner of Party Noire; and legendary promoters Ronda Flowers and Koko of RFK Promotions.

Additional conference highlights include the panel More than a Woman: Moving Beyond the Boundaries, discussing gender stereotypes in the music industry and how to set new standards, and Jeff Craven, founder of Large Music, speaking on Distributing and Licensing House Music in the Digital Age.

Friday, May 24
The Chicago House Music Festival kicks off with a live performance by Mr. A.L.I. at Millennium Park’s Jay Pritzker Pavilion at 6:30 p.m. Bringing back the live element of soul and dance club music, Jere McAllister, Vick Lavender, Carla Prather and David Risque offer an ever-changing, multi-cultural melting pot of musicians. The group showcases everything from Afro-Latin rhythms to soulful harmonies with a touch of rock and roll to get your dance groove on.

The evening will also include the presentation of the Chicago House Music Award to Chip E, the producer and DJ influential in shaping the early recorded house sound with original hits “It’s House” and “Time to Jack.”

Saturday, May 25
The festival will continue throughout the park with DJs and family activities on Saturday, May 25, from 2 to 9 p.m. Later that evening, DCASE (the Department of Cultural Affairs and Special Events) will host several after sets at various clubs throughout the city as well as a “House Music Brunch” on Sunday May 26 at the historic Maxwell Street Market.

Headline performances at the Jay Pritzker Pavilion on May 25 will feature London band Reel People. Internationally renowned for their original soulful house compositions and collaborations, this will be their Chicago debut. Other artists include legendary DJ and producer Tony Humphries from New York City and Chicago mainstays Gene Hunt, Mark Grusane and First Lady.

For the entire family, Saturday activities will also include a new “House Kidz” activation, a House Dance Summit and DJ sets on stages throughout Millennium Park. The full schedule of performances will be announced later this spring. For complete details, visit www.ChicagoHouseMusicFestival.us.

Chicago is the birthplace of the urban blues, gospel music, house music and more. In 2019 over three consecutive weekends, DCASE will celebrate the city’s music legacy at the Chicago House Music Conference and Festival 2019 (May 23-25), the Chicago Gospel Music Festival (May 31 and June 1) and the Chicago Blues Festival (June 7–9) on stage in Millennium Park, at the Chicago Cultural Center as well as in music venues and clubs throughout the city. Chicago is an arts powerhouse and a global destination for music lovers. 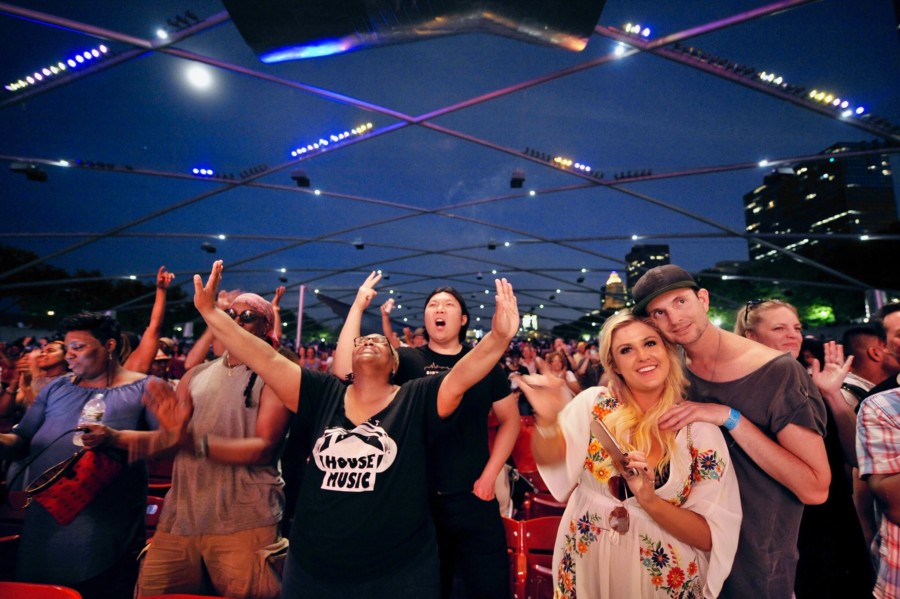