The Ghost Of An Image

A Ghost Of An Image

Over a fantastic night, a character wanders endlessly cold and bare avenues, deserted institutions, uninhabited places, walking, looking, lonely – watching the ghosts of appearances from slipping into its wake. Suspended tele-technologies (telephone, electronic chip) of the intimate, it seems to feed on the absence of a loved one, moreover, far, untouchable, whose absence haunts his wandering.

“Eleven Men” is composed of scenes from a range of Vietnamese classic narrative films featuring the same central actress, Nhu Quynh. Spanning three decades of her legendary acting career, most of the appropriated movies — from 1966 to 2000 — were produced by the state-owned Vietnam Feature Film Studio.

The film’s text was adapted from “Eleven Sons”, a short story by Franz Kafka first published in 1919, which begins with a father’s declaration: “I have eleven sons”, then describes each one of them in acute and ironic detail. Transposing the father’s voice of Kafka’s story, the film begins with a woman stating: “I have eleven men”. 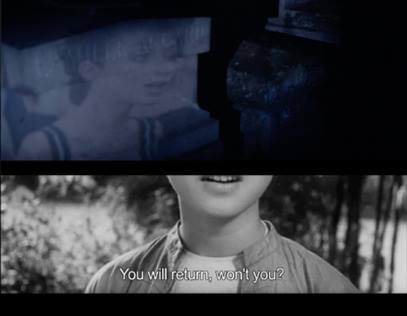