On view through Friday, May 31st

On a summer evening in July 1610, under the humid Padua sky, Galileo peered through his crude telescope to discover Saturn, the furthest planet then known and twice as far as the moons of Jupiter (each named after former lovers of Zeus), which he had reported in his brief treatise Sidereus Nuncius (Starry Messenger) just months prior. While Galileo set his sight on Saturn, it came into view slowly.[1] Ancient Greek and Roman theory, and later medieval psychology, had correlated four planets with each of the elements and temporal ‘humors;’ Jupiter’s influence prevailed in the blood and affects a sanguine nature, Mars ruled aggression, and the moon correlated with an apathetic disposition. The fourth and final humor, inspired by ringed Saturn, was responsible for melancholy.

It is for this reason we have the term ‘saturnine’ to describe sadness; the sight of Saturn (its image) is historically one of sorrow. This group exhibition brings together three artists—Theodora Allen (based in Los Angeles), Antoine Donzeaud (based in Paris), Assaf Evron (based in Chicago), and Dutch conceptualist Wim van der Linden—each of whose works investigate a melancholic temperament.The exhibition is viewed through the lens of Albrecht Dürer’s 1514 engraving Melencolia I, often deemed ‘the image of images,’ to portray a tableau of melancholy within a twenty-first-century context.

Central to the exhibition is a newly-commissioned site-specific installation by Antoine Donzeaud, a suspended ceiling work that will activate the domestic object of a red bed, as well as the entirety of the gallery space, under a pink hue—providing an idiomatic opposition to the theme of sadness by functioning as ‘rose colored glasses.’ Also included will be the seminal work of Wim van der Linden’s Sad Movies (1966), featuring Tulips, a short cinematic drama on the forlorn fate of a bouquet of The Netherlands national flower. Accompanying these works are paintings by Theodora Allen, whose ethereal and mystic compositions, paired with an iconographic approach to figuration and still-life, represent an allegorical method not unlike Dürer’s Melencolia I. Lastly, Saturnine will include work from a series of three-dimensional forms derived from the imaging of digital color space by Assaf Evron—an allusion to both the perspectival and geometric experiments of Dürer, as well as the ultimate uncanny nature of Melencolia’s enduring composition.

––
[1] The Dutch astronomer Christiaan Huygens observed Saturn in 1659 and determined that the “arms” around Saturn observed by Galileo were actually a system of rings.

––
Support for this exhibition was provided by the Collection Eye Filmmuseum, the Netherlands and the French American Cultural Exchange (FACE) Chicago (Consulate General of France in Chicago). 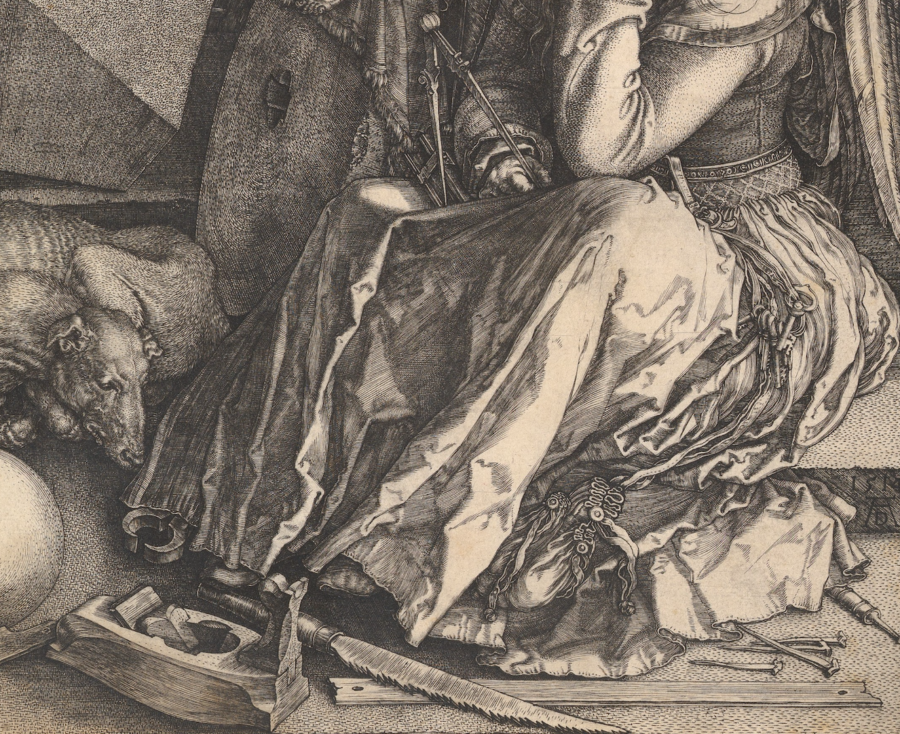