Please, Continue (Hamlet), written and directed by Yan Duyvendak with Roger Bernat, is framed as a homicide trial in which a Chicago cast performs in the roles of Gertrude (Lily Mojekwu), Ophelia (Krystal Ortiz), and Hamlet (Edgar Miguel Sanchez). The starring roles of each performance, however, are those of the court officials: roles played by actual members of the judiciary including prosecutors, trial judges, and public defenders, who endeavor in earnest to succeed in the trial and convince a jury of audience members of Hamlet’s guilt or innocence.

The trial is unscripted, and all participants have access to the same, unchanging dossier of evidence. Since the project’s inception, Please, Continue has been performed hundreds of times with wildly varying verdicts, drawing attention to the theatrical nature of justice systems and raising the specter of subjectivity in our ostensibly most objective institution.

The run time of this performance is between 3 hours and 3 hours and 45 minutes, with one 30 minute intermission.

Still in Paradise and Please, Continue (Hamlet) are designed to be experienced within 10 days.

By presenting the works contiguously, the MCA supports the position of Yan Duyvendak, Roger Bernat, and Omar Ghayatt that there is no theater because theater is everywhere. They refuse to pander to a fiction of actors distinct from the rest of us. Their theater constructs an ephemeral social architecture, isolating its participants and confronting them with the responsibility of having to perform.

These collaborators believe that generalized form becomes a critical tool at the paradoxical crossroads of the crisis of representative democracy, when new modes of interchange and knowledge production—fostered by horizontal technologies that erase the positions of emitter and receiver—contend with the return of fascist fantasies of unmediated access to communal truth.

Roger Bernat/FFF most recently showed at Documenta 14 with The Place of the Thing (2017), which involved two stones—one a replica of a late sixth-century oath stone from the Agora—traveling from Athens to Kassel via the Balkans (Belgrade). His other recent ambitious project, as much for its genealogical importance as for its scale, is Desplazamiento del Palacio de la Moneda (2014), in which social and neighborhood organizations in Santiago, Chile, transported a small-scale model of La Moneda—the icon of democratic possibility damaged during the 1973 Chilean coup—to the lowest per capita income areas of the city. He was born in Barcelona.

Yan Duyvendak was born in the Netherlands and lives between Geneva and Marseille. Trained at the Ecole Supérieure d’Art Visuel de Genève, he has worked in contemporary performance and live art since 1995. He has produced a chain of creations and performances at venues including Fondation Cartier, Paris; EXIT performing arts festival, Helsinki; Art Unlimited, Art Basel; Museo Reina Sofia, Madrid; Ménagerie de verre, Paris; Vooruit, Ghent; Festival d’Avignon; Theater Spektakel, Zurich; Festival Theaterformen, Hanover; Nouveau Théâtre de Montreuil; Wiener Festwochen; and Foreign Affairs, Berliner Festspielen. He has increasingly become a point of reference in Swiss and European art, and his art underlines in particular how an overwhelming mass of televised, computer, and mental images—as well as our social codes and rituals—thicken the curtain between ourselves and reality. Yet his work never fails to affirm human dignity and show the extent to which it is imperiled by our image-dominated society. His latest creations—Made in Paradise(2008), cocreated with Omar Ghayatt and Nicole Borgeat; Please, Continue (Hamlet)(2011), cocreated with Roger Bernat; and Sound of Music (2015)—are his most political pieces to date. Duyvendak’s videos are featured in numerous public and private collections, including the Musée des Beaux Arts de Lyon and the Museum der Moderne Salzburg. He is a three-time winner of the Swiss Art Award, in addition to the Namics Kunstpreis für Neue Medien and the Network Kulturpreis. He has been an artist-in-residence at Cité international des Arts, Paris; Atelier Schönhauser, Berlin; and the Pro Helvetia Swiss Artistic Studio, Cairo. In 2010 he received the highest Swiss award for contemporary art, the Meret Oppenheim Preis.

Krystal Ortiz (Ophelia) is a Chicago-based actor and playwright originally from Miami, Florida. You can next see her this spring in For Services Rendered at Griffin Theatre Company. Her previous Chicago acting credits include: Lettie (Victory Gardens), La Havana Madrid (Teatro Vista, Goodman Theatre), Thumbelina (Lifeline Theatre), In Love and Warcraft (Halcyon Theatre). New York acting credits include: Kid Prince and Pablo (New York Stage and Film; Ars Nova). Television credits include: The Exorcist(FOX). Ortiz received a BFA in acting from The Theatre School at DePaul University. She is represented by Stewart Talent. 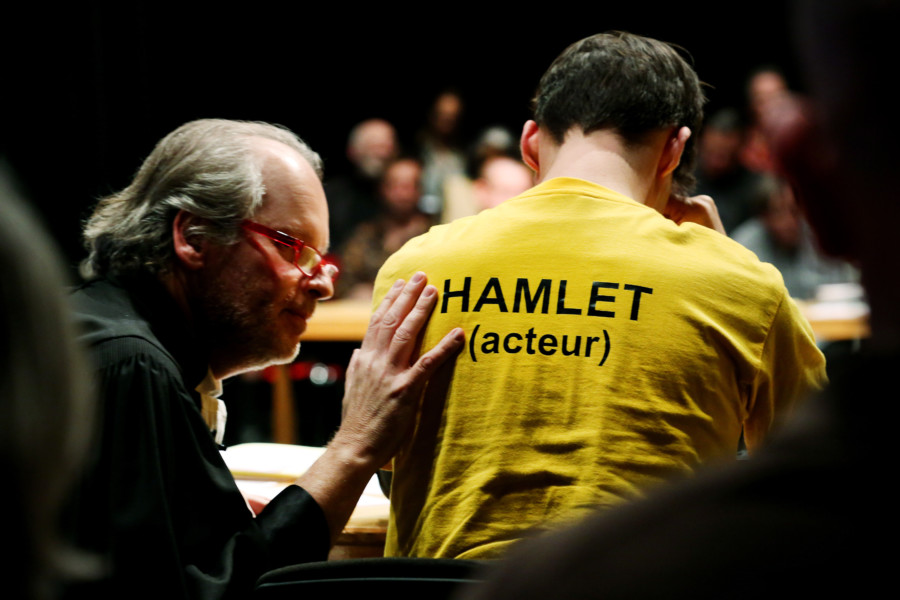