Perpetual Motion and the Control Grid: A Nokiawave Primer

A boxy, European sports car races through the medieval street-layout of Paris in pursuit of ‘THE PACKAGE’. A hacker using a black, plastic-heavy Thinkpad laptop connects to ‘THE UPLINK’ via cellular phone while sitting on a Eurostar train speeding from London to Brussels. A puffy-jacketed secret agent trying to look inconspicuous exchanges grainy photographs of ‘THE TARGET’ with their ‘HANDLER’ in Berlin’s bustling Alexanderplatz square. Meanwhile, in some non-descript control center, green dots mark everyone’s position on an oversized map.

PERPETUAL MOTION AND THE CONTROL GRID: A NOKIAWAVE PRIMER attempts to frame and present ‘Nokiawave’* as a sub-genre within a larger framework of late 90s and early 00s US-produced mass-budget action movies, which are characterized by their depiction of state-surveillance, espionage, network technologies, and above all, perpetual motion. Post-Cold War Europe, and in particular the “Schengen Zone“-defined EU, simultaneously becomes setting and character in these silver-screen narratives about the existential angst of Empire losing control in a world of dissolved dichotomies and the struggle to reclaim dominance via establishing a system of interconnected surveillance. Moving within, through, and against the infrastructure of a borderless Europe, the protagonists of these movies manage to briefly lift the veil on the “control grid“, the new order of maintaining control and administrating power, that has replaced the old East-West oppositionality.

In a non-conclusive set of films––amongst them GoldenEye (1995), Mission Impossible (1996), Ronin (1998), and the first three movies of the Bourne series (2002-2007)––this lecture speculatively attempts to define a canon by investigating common motifs and interests, such as borders and motion, espionage and paranoia, city grids and network infrastructures, technology and the role of administration.

*https://twitter.com/David_Rudnick/status/1018210140569460739
_____
PERPETUAL MOTION AND THE CONTROL GRID: A NOKIAWAVE PRIMER is a clip-lecture presented by Jacob Lindgren and Till Wittwer.

Total run time: ~90 minutes
_____
Jacob Lindgren is a graphic designer in Chicago with an interest in publishing—sometimes on printed paper in books, sometimes via lectures, writing, websites, or learning groups.
jacoblindgren.com

Till Wittwer is an artist, writer and researcher living and working between Berlin and Hanover. He creates research-based narratives exploring the ways in which reality is constructed. These narratives come in the form of essays, publications, lectures, and performances. As an extension of his artistic work, Till is interested in forms of education and the subjects they create.
till-wittwer.net

Jacob and Till have previously collaborated on publishing projects, in founding Open-End-Ed, a Chicago-based learning group investigating self-education, as well as on a performative lecture series connected to Jacob’s book Extra-curricular. 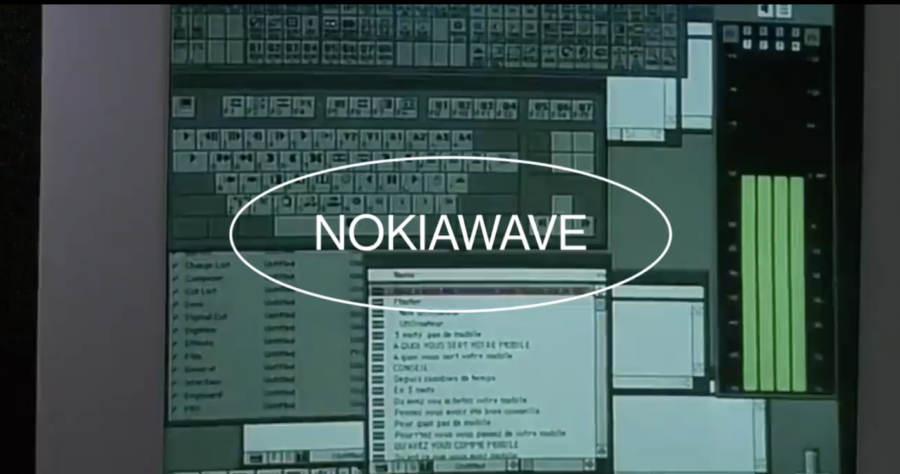