Join award-winning journalist Marc Lamont Hill and Dr. Barbara Ransby (Ella Baker and the Black Freedom Movement) for a timely discussion on the relationship between the media and democracy.

Award-winning journalist, professor, and activist Marc Lamont Hill is recognized for his bestseller Nobody: Casualties of America’s War on the Vulnerable, from Ferguson to Flint and Beyond. In it, he investigates “what it means to be Nobody in 21st-century America”: ill-protected; considered disposable; violated by and abandoned by the state. In Fall 2018, while being paid as a political pundit for CNN, Lamont Hill became known for something else, too: criticizing Israel in a speech at the UN, and getting immediately fired. Joining Lamont Hill in conversation about media, democracy, and change is Barbara Ransby, UIC professor and author of Making All Black Lives Matter.

This program is available to Teen Arts Pass holders. To purchase a ticket using your Teen Arts Pass, you must call the box office at (312) 605-8444.

This program is presented with the support of the Office of the Provost and the Institute for the Humanities at the University of Illinois at Chicago.

Preorder your copy of MAKING ALL BLACK LIVES MATTER: REIMAGINING FREEDOM IN THE TWENTY-FIRST CENTURY through the CHF box office and save 20% 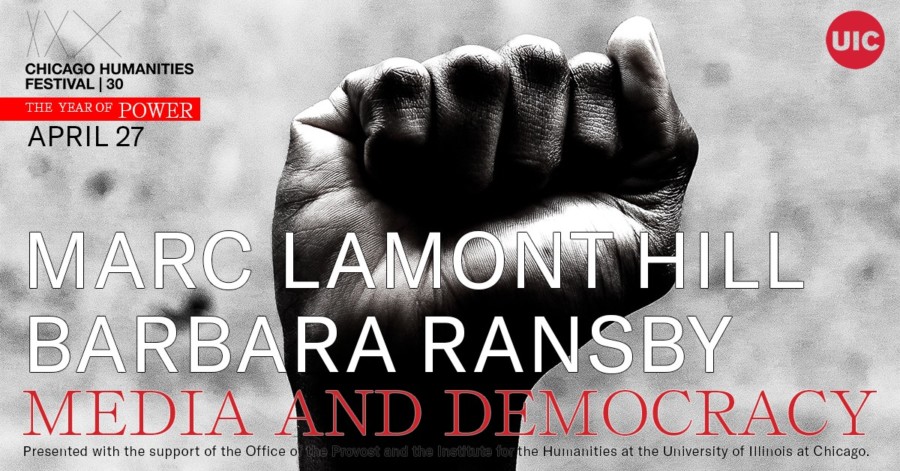