The Japanese Culture Center in conjunction with the Aikido International Foundation and the Japanese Arts Foundation is hosting a kimono exhibition from the Ikka Nakashima Sensei Collection.

Nakashima Sensei was the second woman ever to receive The Order of the Rising Sun, Gold and Silver Rays award. This is the highest honor given outside the Imperial family. The Emperor of Japan personally presented her with this award in Tokyo for her tireless efforts and dedication to promoting Japanese arts and culture.

There will be several kimono from the collection on display, as well as sumi-e (ink wash painting) art from Patricia Larkin-Green Sensei. Ms. Larkin Green has won many awards for her work including the prestigious “Award of Excellence” from the Jade Buddha Temple, LaioNing Province in AnShan City, China several years in a row. Patricia’s work has been the subject of solo and two person exhibitions in the United States and has exhibited throughout the United States, and in Australia, China, and Japan.

Entrance to the event is free but donations are welcomed. Part of the proceeds will help fund the Japanese Arts Foundation, a nonprofit organization dedicated to spreading awareness of Japanese culture and arts throughout the Chicagoland area. 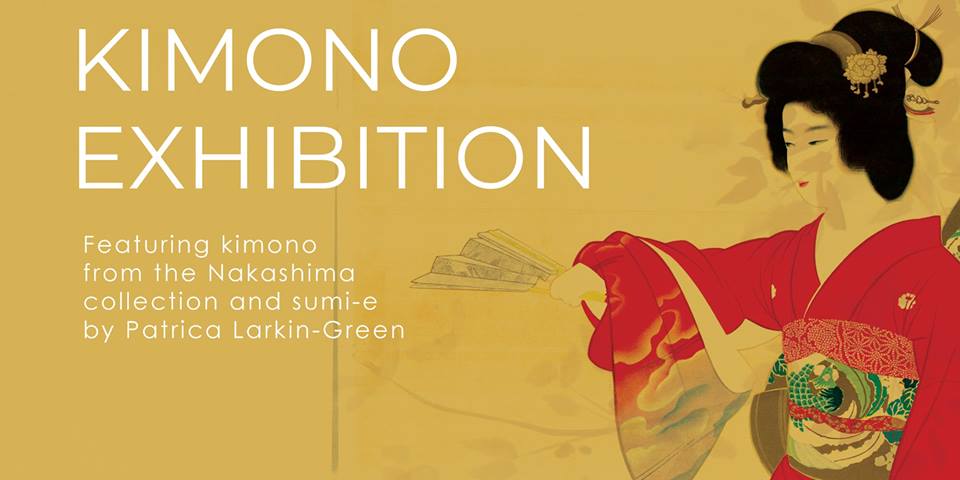