The Arts Club of Chicago (201 E. Ontario Street) proudly unveils its latest Garden Project public art commission, Garden Gipsoteca, by Chicago artist and Floating Museum co-founder Jeremiah Hulsebos-Spofford. This new collection of five fantastical sculptures will be on view in the Arts Club garden, located on St. Clair Street, between Ontario and Ohio Streets, from April 14 – June 22, 2019. A free public program with the artist takes place in the Arts Club gallery Friday May 3, at 6pm; for more information, visit http://www.artsclubchicago.org.

Hulsebos-Spofford brings to the Arts Club garden a modern-day take on the classical “gipsoteca,” or cast room. Conceived as a method to give aspiring artists access to antique statuary, plaster copies were collected and housed in beaux-arts academies as a pedagogical tool. In the current context of digital imprinting and indexing techniques, Hulsebos-Spofford reconsiders the neoclassical copy and offers a garden of multiples gone slightly awry. The ubiquitous eighteenth-century garden folly Hercules replicates fragments of itself as a cancerous mutation, while other commercially-derived objects, such as the Mr. Coffee™ coffeemaker, multiply in serial form. Reproduction emerges as a cypher of taste and value, signaling status and social relations. Garden Gipsoteca is partially supported by a grant from the Illinois Arts Council Agency.

“I’m interested in how the copy exists in our contemporary moment and the project addresses the wayward tendency of the cast and copy – from digital copies to mass produced garden sculptures to mass shared and experienced cat content online. My works poetically gather up dispersed copies made for our gluttonous world and focus them into singular objects,” said Hulsebos-Spofford.

Jeremiah Hulsebos-Spofford: Garden Gipsoteca is the latest in the Arts Club’s series of commissions for this unique public space exclusively by Chicago artists. Launched in March 2014 with Sarah and Joseph Belknap’s Afterglow, an installation of suspended phosphorescent faux rock ‘meteorites,’ the Garden Projects have ranged from expansive sculpture and 2-D paintings to the most recent The Playhead of Dawn, a collaborative sound and software project by visual artist Jenny Kendler and sound artist/programmer Brian Kirkbride, inviting passersby to experience a massive dataset of birdsong from around the world. Other artists commissioned by The Arts Club for its Garden Project series have included: Marshall Brown, Robert Burnier, Luftwerk, Claire Pentecost, Erik Peterson, Richard Rezac, Edra Soto and Amanda Williams.

“We started the Garden Projects five years ago to take advantage of the opportunity to feature Chicago artists in the highly-trafficked, public-facing intersection of Ontario and St. Clair,” said The Arts Club of Chicago Executive Director Janine Mileaf. “It has been thrilling to see how the work enhances street life in the neighborhood. The various installations stop pedestrians in their tracks. From Claire Pentecost’s crashing boat to Jenny Kendler and Brian Kirkbride’s birdsong or Amanda Williams’s powerful and confrontational poetry, passers-by are met with surprising interruptions to their daily routines.”

“Jeremiah’s humorous and somewhat menacing take on traditional forms of garden sculpture struck me as perfect for the series. His work is at once accomplished and appealing–an apt foil for our urban garden,” added Mileaf.

The Garden Projects have enjoyed new lives beyond The Arts Club exterior: Robert Burnier realized an expanded version of his Of No Particular King, 2017, on Chicago’s Riverwalk, and Marshall Brown’s Ziggurat, 2016, was acquired by Crystal Bridges Museum of American Art in Bentonville, Arkansas.

About Jeremiah Hulsebos-Spofford:
Hyde Park-based Jeremiah Hulsebos-Spofford is a visual artist and Assistant Professor of Sculpture at Indiana University Northwest. He is also the co-director and founder of the collective Floating Museum. His work has been shown at the American Academy of Arts and Letters, The UCSD Art Gallery, The Glass Curtain Gallery and The Hyde Park Art Center, among other spaces. He has held fellowships at the Sculpture Space, the MacDowell Colony, Vermont Studio Center, the Brown Foundation Program at the Dora Maar House, and the Skowhegan School of Sculpture and Painting. His work has been supported by grants from the Foundation for Contemporary Arts, the Harpo Foundation, the Propeller Fund, the Chauncey and Marion Deering McCormick Foundation, an Illinois Arts Council Fellowship and a Fulbright Fellowship in Sicily. Recent exhibitions and projects include a public project by Floating Museum titled River Assembly on the Chicago River, an exhibition titled How to give life to a mountain at the DuSable Museum and a British Council Arts and Social Practice Fellowship.

About The Arts Club of Chicago:
Since 1916, The Arts Club of Chicago has been a preeminent exhibitor of international art, a forum for established and emerging artists and a celebrated venue for performers from around the world. For over 100 years, The Arts Club has opened its membership to artists and patrons of the arts, and its exhibitions to the public. At its inaugural meeting, the mission of the Club was defined as: “to encourage higher standards of art, maintain galleries for that purpose, and to promote the mutual acquaintance of art lovers and art workers.”

For more information on the Garden Project series or future exhibitions at The Arts Club of Chicago, please , visit www.artsclubchicago.org. 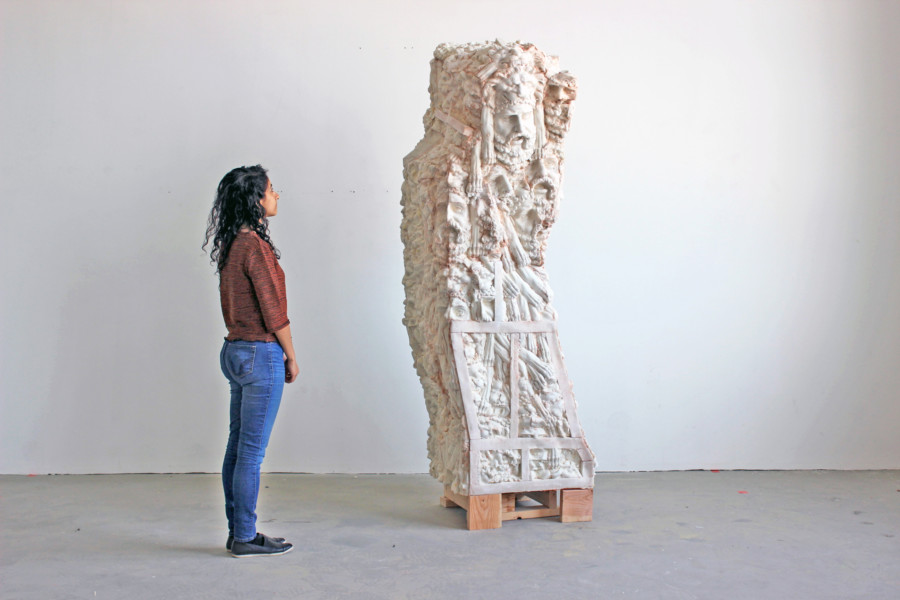