On view through Sunday, April 14th

In Felt + Flannel creator and performer Molly Hess will use scissors but promises not to run with them. Part dance performance, part craft project, this piece maps memories to make memories, and wonders if hope and nostalgia are the same feelings. Throughout the performance, the audience will be given authorship and invited to create and play along with the performers.

The Space Movement Project will present Six of One, an in-progress improvisational score in which dancers perceive the sensory feedback of singularity within a pairing. Featuring original sound design by Chicago-based composer Shelly Steffens.
___________________________

Building off her exploration of secondary trauma that she began with her work, Sleeptalk, dance/movement therapist and choreographer Ashley Fargnoli will present a new work in progress called IMPACT. IMPACT reveals how the body processes rage and the necessity for recuperation, stillness, and holding when working with populations who have undergone severe trauma. So often anger and rage are depicted as ugly and shameful; IMPACT aims to show the grace and beauty in these emotions which are so often shunned in our society

Patriot Erectors a new performance work by the April Sellers Dance Collective examines the root of our disconnection to national identity. It is inspired by the fourth of July, the star-spangled banner, and the rainbow flag. At a time when our country is most divided and our leadership is invested in separating people based on identity, we seek to ask the question: Can you be queer and be a patriot and what does it mean to be a queer American? Deconstructing acts of nationalism from marching in the streets to singing of the National Anthem, Patriot Erectors explores both celebration and protest. Developed at the Center for Performing Arts, Minneapolis, premiered at in the Dancing Queerly Festival at the Dance Complex in Boston. Now more than ever when queer identities and freedoms are being challenged and are in threat of being erased we need art that questions the queer identities relationship to patriotism.

Ellice Patterson of Abilities Dance Boston will present Bi-modal (adapted from a previous work entitled Tri-modal). The piece focuses on her most recent spinal surgery and the moving through space with and without a mobility aid.

Sarah Weber Gallo presents FUNHEAD, a clubland fairytale dance about all things FUN. And youth. Characterized by risk, excess, effort, and gigantic messes, FUNHEAD sends dancers careening through layers of resistance headlong into the arena of fun and smack into the gritty aftermath. Or, another Saturday night and I ain’t got nobody.

Ashley Fargnoli
Ashley Fargnoli is a dancer, choreographer, and dance/movement therapist based in Chicago. Originally from Philadelphia, Ashley spent eight years of her young adulthood living abroad in India, Bosnia and Herzegovina, and France; all of which have informed her movement and creative processes. She honed her choreographic skills at Jacob’s Pillow’s Choreographer’s Lab and has implemented numerous dance projects around the Balkans with the goal of ethnic reconciliation. Ashley’s choreography has appeared in Bosnia at the Mostar Blues Festival, the National Theater of Mostar, United World College Mostar, and Genesis Sarajevo Dance Theater, as well as in Serbia at the Rex Kulturni Centar. Her most recent work, Sleeptalk, premiered at Links Hall in January 2017. www.ashleyfargnoli.com

The Space Movement Project
The Space Movement Project (TSMP) is dedicated to nurturing the collective female lens in contemporary dance movement. TSMP has performed work in Massachusetts, North Carolina, Illinois, Wisconsin, Michigan, Ohio and New York as well as Puebla, Mexico. Operating as a collective of dance makers, TSMP has presented the findings of its unique artistic model at the Bill Evans Somatic Dance Conference, Elon University and Beloit College and has been commissioned by the City of Chicago Department of Cultural Affairs and Special Events. From 2010-2017, the organization managed OuterSpace Studios offering subsidized space rental to over 200 dance, theater and visual artists annually. TSMP co-launched the GRUNT network in 2017.

Abilities Dance
Ellice Patterson, director of Abilities Dance, focuses completely on inclusion in her work. By working with a variety of abilities, she aims to utilize each dancer’s strengths to create professional level pieces. She believes in partnering with composers to create original music that complements the movements, as opposed to the often reverse of movements complementing the music. This way she can truly focus on the value of elevating different dancers’ strengths to tell a story. In our integrated modern genre, we have utilized the home base genre of our dancers to influence our pieces (ballet, classical Chinese dance, and more) to really bring dancers’ voices to light. Her pieces all tell stories that are universal to the human experience: understanding religion, romance, and everything in between. By utilizing mixed abilities dancers, she overall tells the powerful story that everyone experiences the same triumphs and tragedies. Therefore, she fosters understanding and promotes the mission of increasing inclusion for folks with disabilities.

April Sellers Dance Collective (ASDC)
Formed by April Sellers in 2000, the April Sellers Dance Collective (ASDC) is nationally recognized for their gender-bending, feminist-infused performances. Led by Sellers’ choreography and fueled by community participation, the ASDC’s work has long explored sexual identity (Jousting, 2014 and In Her Place, 2000), queer feminism (Big Baby, 2014 and Double Drag, 2015), and the vulnerability of the body (The V Project, 2007). ASDC celebrates complex expressions of gender and identity in their highly-crafted performances.

Sarah Weber Gallo
Sarah Weber Gallo is a principal dancer with the Metropolitan Opera Ballet, where she is currently dancing in her 20th season. Notable choreographers and directors include Christopher Wheeldon, Benjamin Millepied, Julie Taymor, Doug Varone, Graciela Danielle, Mary Zimmerman, Carolyn Choa, Robert Lepage, and André Serban. Other performing credits include Donald Byrd/The Group, American Dance Machine for the 21st Century, and the Radio City Rockettes. She formed SWG/dancetheatre in 2013 upon completion of her MFA at the University of Wisconsin at Milwaukee, and has built a robust body of work in collaboration with her team of dancers and designers that has been described as punk rock opera. When not performing or creating work, Sarah can be found in Hoboken, NJ directing MST Dance Academy and chasing around her saucy 9-year-old daughter.

Molly Hess
Molly Hess is a choreographer, dancer, and educator. In 2018, Molly was commissioned by sculptor Fitzhugh Carol to create an interactive site-specific performance. In 2017 Molly created “Lost Gnome solos” and showed work as part of the Tracks touring artist program in Boston and Pittsburgh. In 2016, Arc Dance Research Laboratory selected her as the emerging artist in residence. Also in 2016, Molly toured the performance “Molly + Tessa Make a dance” around the East coast.” Molly’s work has been presented regularly in the Greater Boston Area and beyond. Besides having a dedicated independent choreographic practice, Molly is a founding director of 3 Spice Dance, a member of Back Pocket Dancers, and PB&J Dance Company. She teaches dance with a focus on the creative process. Molly received her B.A. in dance from St. Olaf College. Molly also wears an administrative hat as part of Bearnstow on Parker Pond. 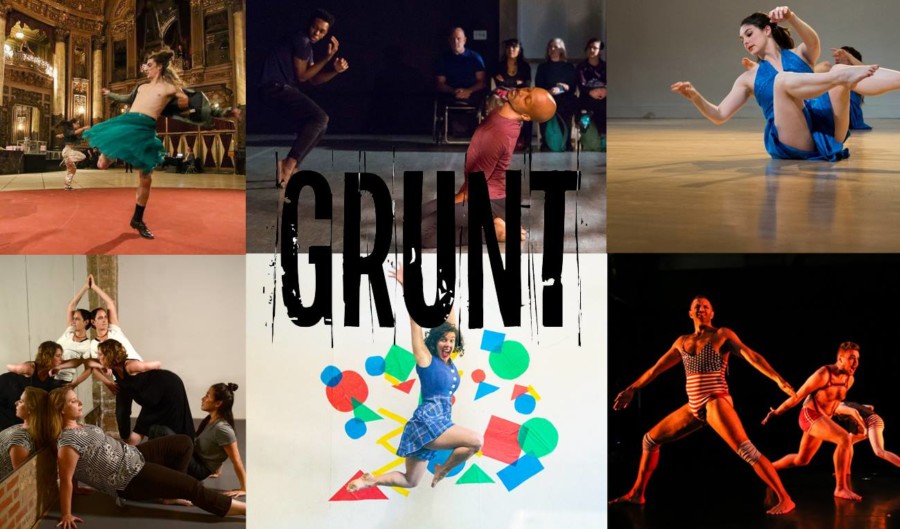