On view through Tuesday, May 7th

This is an exhibition about euphoria. As our bodies run cold from hypothermia, we feel strangely warm. As our situations become more fragile, we feel invincible. It’s 2019, chopped and screwed has been replaced by the more democratic and atomized energy of SoundCloud rappers. Songs that used to take the collective action of an entire squad have been replaced by individuals with some GarageBand tutorials. Codeine mixed with sprite and jolly ranchers, what was once called sizzurp and purple drank by rappers attached to big labels, is now called lean. The shift towards lean has also seen a transfer in affect: slower beats, deeply personal revelation, and felt longing. Lean is known for inducing euphoria, a deep flex, before it sedates the user to mumbling as they fight to stay awake.

It is this impulse that we are trying to visually reflect in this exhibit: the aspirational that fights sleep, the moments of deep flex during an epoch of hopelessness. It is an acknowledgement of unified kinship with SoundCloud rappers and tumblr poets. We recognize the natural evolution of absinthe, opium, emo scene kids, and Claude lenses towards this, our current mood. We are sad boys and sad girls going out with manic psychedelia, reassembling a collective voice during climactic collapse as we sad flex at the end of the world. Sometimes you have to expresso the depresso in order to get a handle on it. 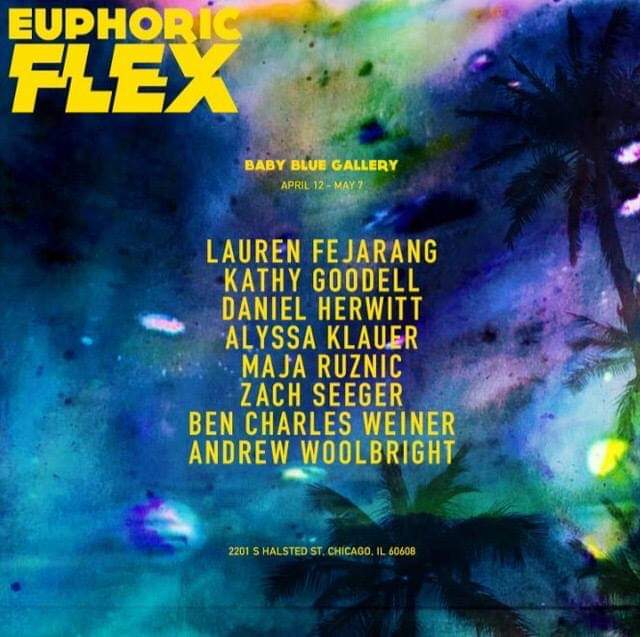