Curator Gareth Kaye will lead a walk-through of the current exhibition “Both Sides Now” which closes this Saturday.

The cloud is an original index of difference. A figure against a groundless ground, marking the proscenium between the earth and the heavens. Apophenia, the tendency to mistakenly perceive meaning between things most often uses clouds as a way to explain the phenomena, may well be the best and most concise way to explain or talk about contemporary art.

In this exhibition, five artists tackle the cloud or at least put their efforts forward in wrestling with some of the properties possessed by clouds. Matthew Girson’s contemplative drawings from life and mind depict fugitively shaded clouds recalling Paul Celan’s poetry in the aftermath of Auschwitz. Sarah Reynolds drawings of clouds probe the problematics of depicting something that is always withdrawing, regurgitating the images so that both the ground of the image and the ground of its support push themselves towards the front. Gabriel Cohen toys with mythological imagery and new age imaginaries (both states of mind that often seek to explain or elaborate humanity’s propensity for drawing our apparatuses from the elements) to create works with pirate radio waves that pick up and distort signals through space and over distances. These sounds allow the audience to conjure connections, messages, and meanings from the hardscrabble noise of man-made media and cosmic radio waves. Will Krauland fixes shadows in volcanic ash, a material that once made up clouds of smoke from volcanic activity to fix shadows against the ground by filling them in, leaving behind a vestige of light’s absence asking to be deciphered by passersby. Ashley Gillanders’s work plays with our perception to spot the difference, if even visible, between what is real and imaginary, creating identical scenes between our material reality and a 3d rendered one. Gillanders’s photographs of curtains ask the audience to consider where the threshold of “the real” might be, or if it is something that changes shape and is perpetually on the move. To respond to Mitchel’s lyricism, the recollection of an illusion may be the best, if not the only way meanings can be made. 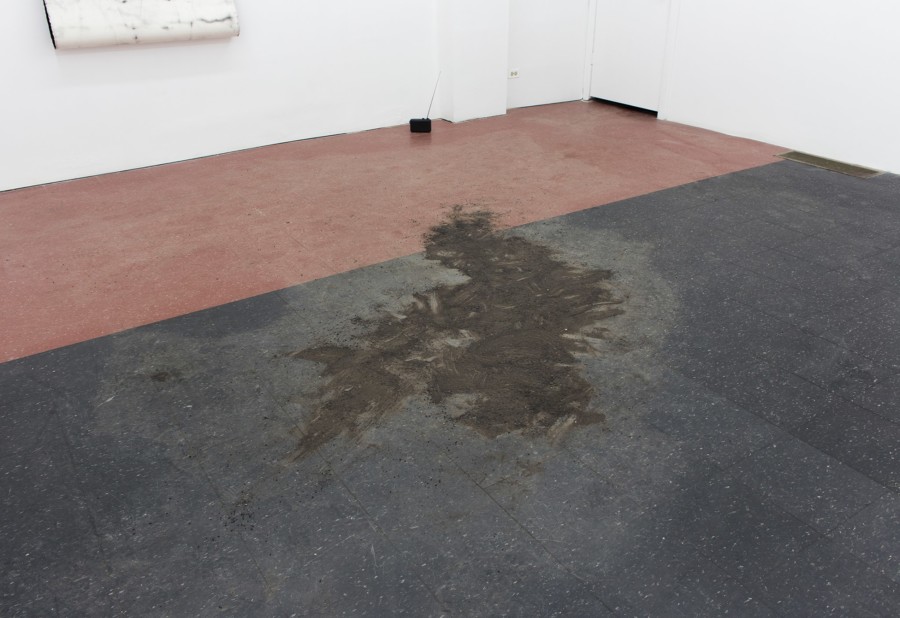