Avery R. Young: With Nothing But Her Feet And The Stars

Presented with the Chicago Public Library’s One Book, One Chicago program and the 2018–19 selection, ‘Do Androids Dream of Electric Sheep?’ by Philip K. Dick, the Art Institute of Chicago explores “Starry Night and the Astronauts” by Alma Thomas in connection with this year’s theme, “Imagine the Future.”

Join us as Chicago-based artist Avery R. Young activates the Hall Branch Library with an original performance in response to both the book and the artwork.

Harriet Tubman has been called both an astronaut and futurist because of her ability to read the sky, travel space and into the future. As a teenager, Tubman suffered a head injury at the hands of an overseer that resulted in lifelong headaches, seizures and blackouts. It was during these blackouts Tubman said God would speak to her, and relay instructions for her work.

In reference to “Starry Night and the Astronauts” and using found text from ‘Do Androids Dream of Electric Sheep?,’ artist Avery R. Young imagines what Harriet experienced in the dark—where did she go when she blacked out? Through the African American hymn tradition, Young meditates over how the “starry night” can push a culture forward.

Tags: avery r. young, Chicago, Grand Boulevard, Hall Branch Library, The Art Institute of Chicago, With Nothing But Her Feet And The Stars 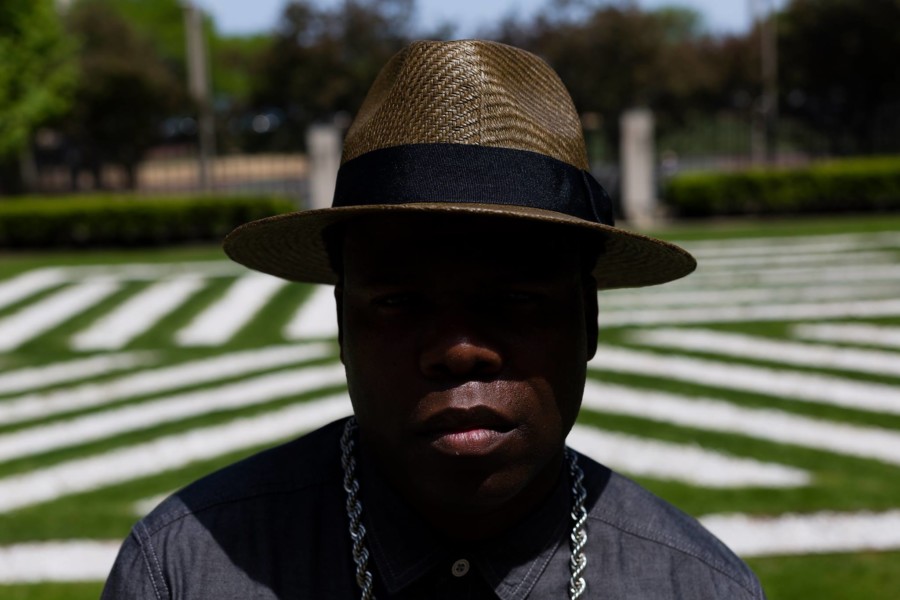