Winner of the Radical Empathy award at CUFF 2018 and nominated for a 2019 Queerty award for Best Documentary.

The uncomfortable reality of death is faced by Shar and Cynthia who, upon Shar’s diagnosis with early-onset Alzheimer’s, make a brave and difficult decision: she will undertake a conscious death, fully experiencing the end of her life. This documentary moves away from any ominous, taboo or frightening depiction, instead raising the question of what we really mean when we say someone has gone. Is it the senility, the last breath or the burial? How do we prepare for each stage? And what happens when the diagnosis comes soon after your decision to start a gender transition? As our population ages and the number of diagnoses of this little-understood disease increases, these are questions we must find the cultural courage to address. This is a quiet, non-linear and thought-provoking piece that encourages and rewards the honest examination of our own mortality. (Adam Sekuler, USA, 2018, 94 min)

Adam Sekuler is a filmmaker, curator, educator and editor based in New Orleans. Screening in forums and film festivals throughout the US and internationally, his many alternative films strike a delicate balance between stylization and naturalism, creating a poetic and lyrical form of visual storytelling. These include MY LIFE IN GOOGLE, a personal memoir landscape film and live performance; TOMORROW NEVER KNOWS, an evocative feature-length documentary about choosing how and when to die while living with Alzheimer’s disease; and WORK IN PROGRESS, an observational look at work and its various choreographies. He’s produced short works for Barry Jenkins, Lisandro Alonso, Josh and Benny Safdie, Valerie Massadian, Amie Siegel, and Joe Swanberg. Recently, he edited Robinson Devor’s feature length documentary POW WOW, which premiered at Locarno Film Festival. He holds an MFA in Studio Arts from the University of Colorado, Boulder, is Founder and Programmer of Radar: Exchanges in Dance Film Frequencies, Associate Director of Zeitgeist Multi-disciplinary Arts Center, and was Program Director for Northwest Film Forum (Seattle) for 8 years. His work has screened at International Film Festival Rotterdam, Film Society of Lincoln Center, Anthology Film Archives, Walker Art Center, Seattle Art Museum, Northwest Filmmakers Festival, Museum of the Moving Image, and dozens of other venues around the globe. 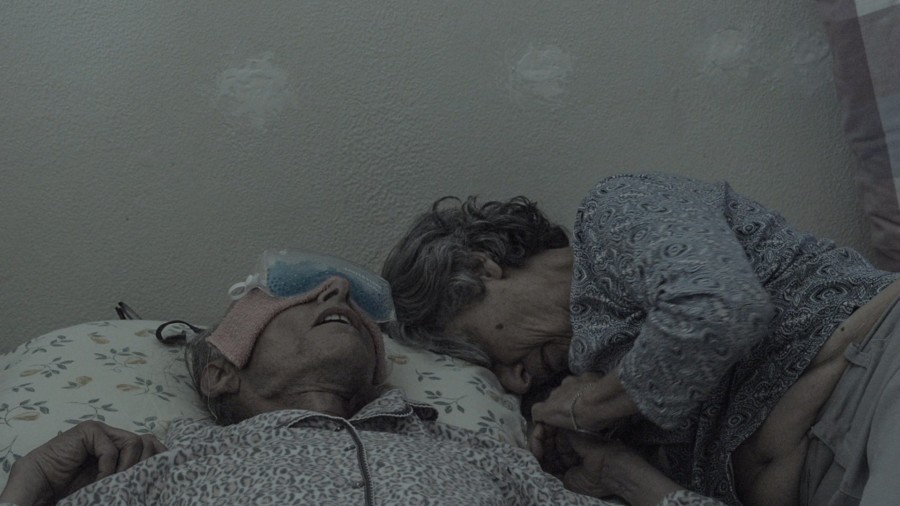