Saila Moon: She Who Has Sinned

SHE WHO HAS SINNED
a Solo Exhibition by SAILA MOON

Pilsen Outpost is honored to be presenting SAILA MOON in her very first gallery solo exhibition!

About the Exhibtion:
Saila Moon’s new body of work in “She Who Has Sinned” weaves the notion of Americanization and tradition in a seamless way. She questions the traditional values and morals of organized religion, yet accepts it’s impact on the construction of her sense of womanhood. These multi-media works are influenced by the architectural grandeur of Roman Catholic churches. Her body of work reflects the importance of history and language in shaping cultural identity, while also displaying its limitations on the woman’s body. In this exhibition, the woman’s body reveals stories of pain, endurance and the dynamic nature of femininity.

About the Artist:
Saila Moon is a multi-disciplinary artist who uses traditional craftsmanship to create stories of migration and cultural identity. She was born in a small village in Poland and immigrated to Chicago with her parents in 1998. After immigrating to the United States, Saila Moon observed the way in which her family worked towards the notion of a “better life,” also known as the “American Dream.” Her mosaic work reflects the hard labor her family has endured to reach material success and stability. Raised amidst globalization, she blends old values with the new and shows the complicated and layered nature of one’s identity. She examines how family tradition and oral language clash with the information-overload of the internet.
Language becomes an important tool in Saila Moon’s work. A tool that is both repressive and revolutionary, depending on how it is used.

Tags: Chicago, Lower West Side, Pilsen Outpost, Saila Moon, She Who Has Sinned 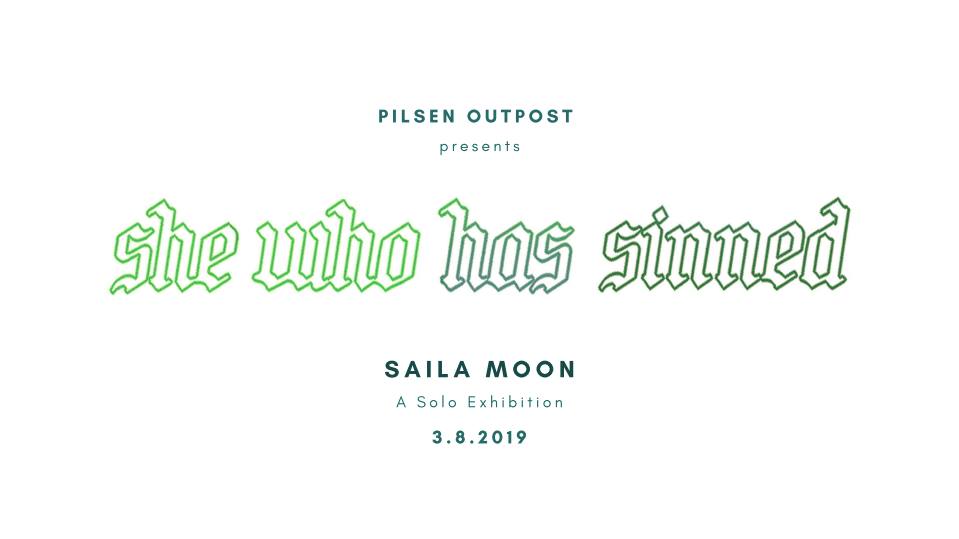