Onion City: Ephemerality Means That No One Can Take It From You

Riffing on Lauren Berlant’s concept of lateral agency, these works allow themselves to gently bob in the water, observing specific moments, stories, and personal confessions without judgement, relishing in the space they create. Title by Alex Bliziotis.

What I’m Looking For
Jillian Musielak
The value of pop music lies not on the surface, but in how it scratches through the surface, where music becomes non-music.

Exit Strategy #4
Kym McDaniel
Stories about a girl who made herself puke as an alternative to death. The fourth in a series regarding the artist’s ability to cope with emotional and physical traumas.

Joe
Cecilia Dougherty
A portrait of New York author Joe Westmoreland. Joe is reading from his short story Sweet Baby Joe. This video was shot in 2014 in Joe’s Chelsea loft, and the reading was recorded in 2016.

In Conversation with Venus and Octavia
Xitlalli Sixta-Tarin
Using clips from Jennie Livingston’s “Paris Is Burning” (1991), Xitlalli draws parallels from her own life to the lived experiences, dreams, and aspirations of two trans women of color depicted in the film, Octavia St. Laurent and Venus Xtravaganza. Despite the continuing hardships faced by trans women today, Xitlalli imagines a brighter future for the community as a whole.

The Image that Spits, the Eye that Accumulates
Rhea Storr
A mixed race body explores a Norfolk (UK) landscape whose future is uncertain due to coastal erosion. The physical erosion of the landscape, mirrors the now obsolete expired Kodachrome film once hailed as the new archival film for its vibrant colours but no longer able to be processed. 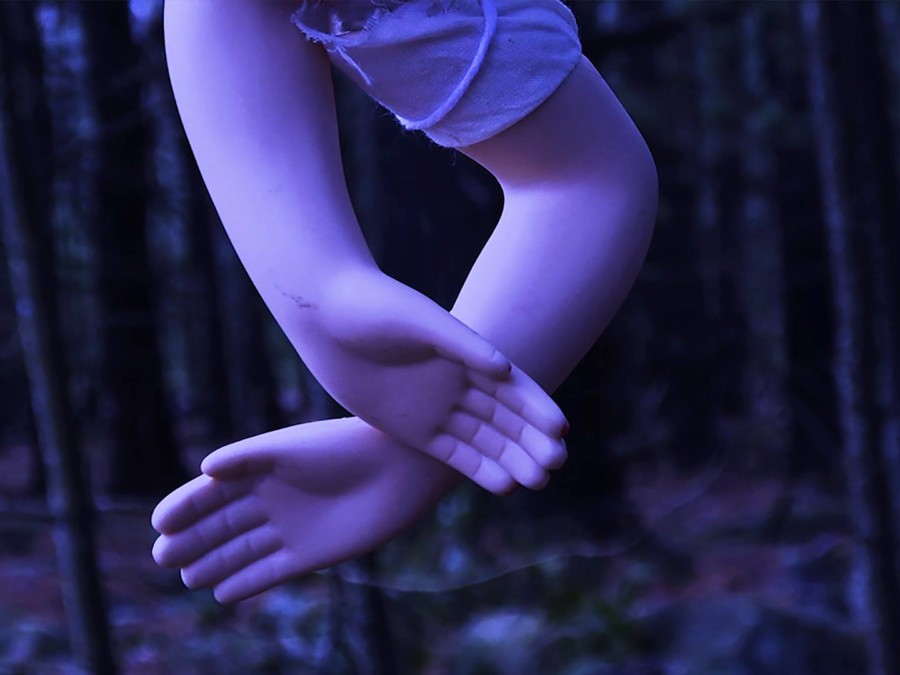