Please join guest curators Robin Dluzen and Mary Lou Zelazny for a walk-through of the exhibition, “The New UnNatural,” as well as a performance of new work by exhibiting artist Julie Potratz.

About the The New UnNatural

In “The New UnNatural,” seven female artists examine the modern grotesque. The genre of the “grotesque” is ancient, with examples from every culture and period. Ranging from the fanciful to the hideous, hybridized figurative forms have been used by artists around the world as satire, commentary, ornamentation and ritual. For the artists in “The New UnNatural,” Laurie Hogin, Amanda Elizabeth Joseph, Renluka Maharaj, Julie Potratz, Chloe Seibert, Maria Tomasula and Mary Lou Zelazny, the attraction to rough or deformed amalgamations is both personal and political.

In embracing the unsettling, the absurd and the repulsive, the artists in this exhibition eschew the notion of the “beautiful,” not as a feminist critique of “beauty” or its representation in art; rather, the grotesque offers a means of coping with the rising anxieties and overstimulation of our times: a callous of sorts to strengthen one’s ability to withstand inescapable bombardment of stimuli.

So too does the grotesque provide a vehicle for power and self-assertion, especially in the hands of women. Through the violent, technicolor chimeras of Hogin’s paintings; Joseph’s hyperreal, emphatically flawed female bodies; Maharaj’s sensual, macabre rituals; Potratz’s exaggerated, uncanny costumed performances; Seibert’s ghastly, crudely wrought faces; Tomasula’s viscous still-lifes; and the mongrel, Frankenstein-ed figures of Zelazny’s works, each artist projects a vision of the unexpectedly terrifying that reveals a visceral female sensibility. 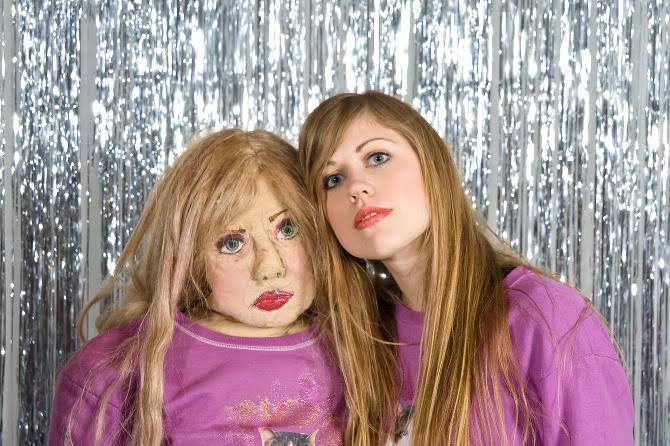