Vertical Gallery is thrilled to present a solo show of new work by Los Angeles-based painter Jillian Evelyn. ‘It’s About Time’ will be exhibited at Line Dot from March 23rd until April 20th, with an artist reception on opening night from 6:00-9:00pm.

‘It’s About Time’ investigates temporal experience from a female perspective, delving into the near-obsessive nature of women’s relationship with time. The increasingly rapid pace of our technology-driven world and the feminist reckoning of the ‘Time’s Up’ movement lend a particular relevance to the subject, but Jillian Evelyn’s panoptic lens extends beyond the current moment and is rooted in her own experience. Evelyn created the artwork for this exhibition as a way to confront and to process her personal and cultural observations of women’s relationship to time. She traces the burgeoning complexity of this relationship to the transition from childhood to womanhood and the cyclical rhythm that slowly develops therein. Now in her thirties, the artist is discovering a new set of challenges that women face around aging and childbearing. Reﬂecting society’s limited scope of female value centered on unrealistic expectations of physical appearance and motherhood, women are often left feeling that their worth diminishes as they age.

‘It’s About Time’ combats these dominant cultural narratives and oﬀers an unapologetic alternative that embraces female experience in all its messy complexity. In these new paintings, Evelyn plays with texture and linework to novel eﬀect, resulting in a fresh take on the signature style of her previous pieces. Reﬂecting on this creative process, Evelyn articulates that “it felt suitable to utilize this time to grow as an artist rather than fear change and the idea that my time as an artist will come to an end.”

Born in the midwest and currently living in Los Angeles, Jillian Evelyn is a highly accomplished painter, sculptor, illustrator and printmaker. Her practice balances challenging conceptual themes that tackle the darker sides of modern life with a brightly-colored pop aesthetic. In addition to gallery shows across the US, her work has been featured in Juxtapoz, Vice, CONTEXT Art Miami, and other major fairs and publications.

Contact sales@verticalgallery.com to be added to the digital collector’s preview. 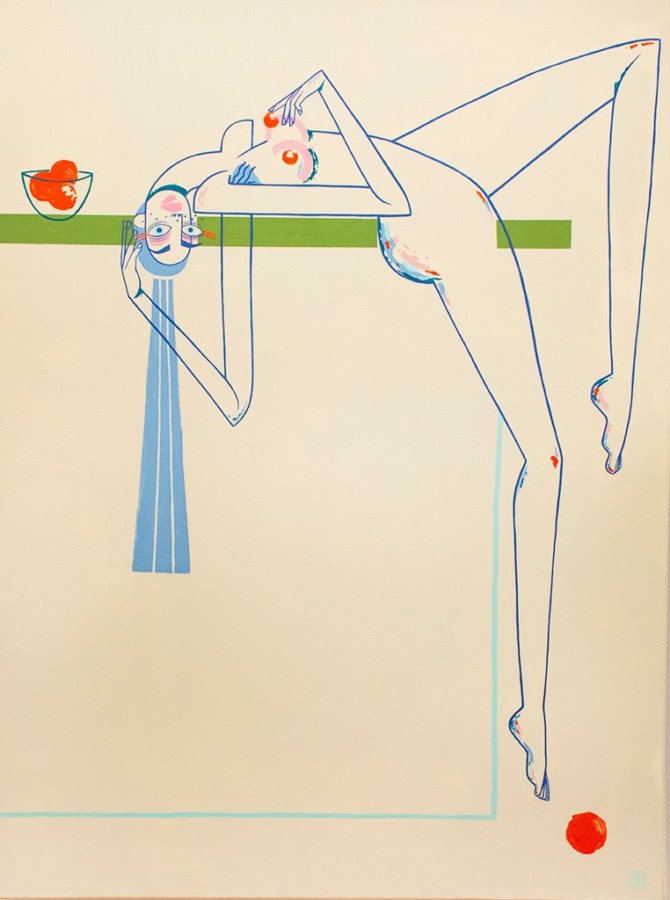