From the Bauhaus to Our House

Learn about the history and unique design of the McCormick House (1952) by Mies van der Rohe, the final director of the Bauhaus. These docent-led tours will introduce concepts in the historical exhibition The Whole World a Bauhaus and end in the two contemporary site-specific exhibitions in the McCormick House.

Free with admission or current membership.

The Whole World a Bauhaus:

This internationally traveling exhibition celebrates the 100th anniversary of the founding of the Bauhaus, a legendary German school that revolutionized the parameters of art, the crafts, and technology. While it existed for only 14 short years (1919-1933), its influence shaped modern thinking and artistic approaches to industrialization. Bauhaus instructors included some of the most famous Modern artists and architects including Mies van der Rohe, Walter Gropius, Wassily Kandinsky, Josef and Anni Albers, Paul Klee, László Moholy-Nagy, Lily Reich, and more. Many of the influential figures and others involved at the Bauhaus left Germany and spread the school’s lessons internationally. The exhibition The Whole World a Bauhaus, titled after a quote by student and teacher Fritz Kuhr, includes art and design pieces by select instructors and students as well as photographs and documents that convey the spirit of the Bauhaus. One hundred years after its founding, the modern ideals of the school spread the globe and are still integrated in today’s interdisciplinary approaches to the arts.

The Whole World a Bauhaus is divided into eight different chapters, each focusing on an aspect of work and life at the Bauhaus during its operation: Art, Crafts, and Technology; Floating; Community; Encounters; The Total Work of Art; New Man; Radical Pedagogy; and Experiment. These sections highlight the work students did in their revolutionary workshops with industrial materials and processes, the school’s major impact on the international avant-garde, and how the students and instructors sought to rethink their world.

The Elmhurst Art Museum is the only U.S. venue of the touring exhibition The Whole World a Bauhaus curated by Boris Friedewald. 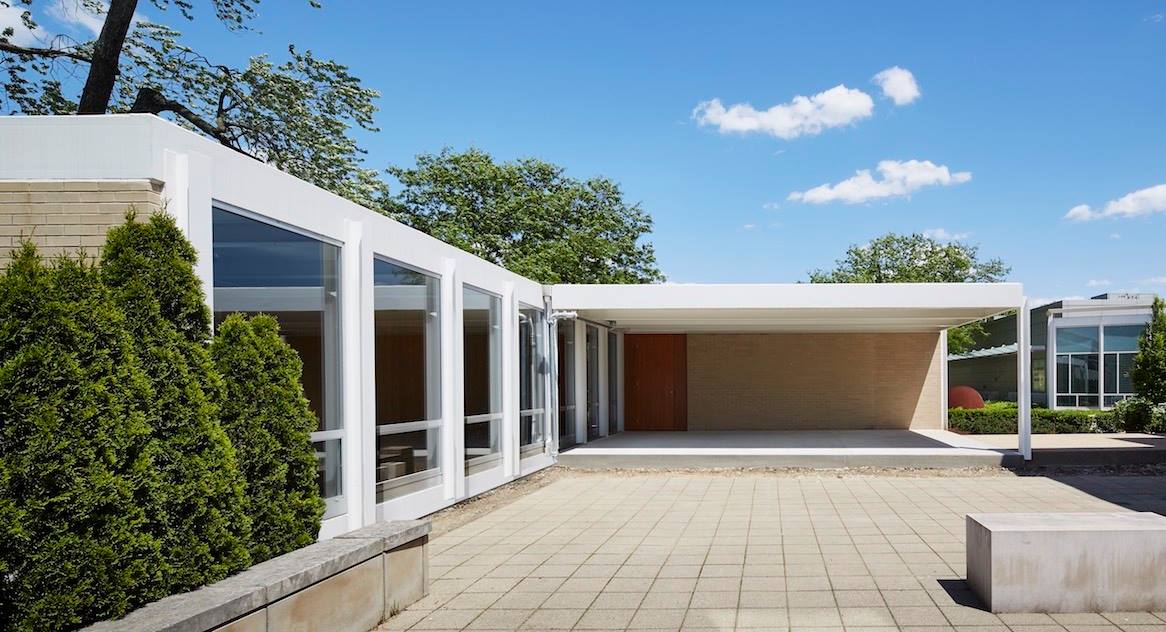