On view through Tuesday, April 7th

Dotan takes a keen, eye-level look at this phenomenon through the multi-layered symbol of Mannequins – a visual motif that represents a sense of redundancy: That is, that which is no longer needed, no longer relevant or useful.  The anthropomorphic icons who stood for decades, in our own human images, displaying current yet ever-changing fashions, now stand naked, and left behind.

Dotan creates a would be memorial to the “fallen”; those who have tumbled from their former marketable heights. Body parts and accessories, now useless and unwanted, reference the human costs of a system which continually demands new methods of efficiency and products of desire. Inevitabley, as the system drives towards the “new”,  what were once models of successful commerce become obsolete, and along with them, thousands of human employees are left behind, jobless, having been traded away and replaced by mega-companies of e-commerce.

They have become… Redundant. 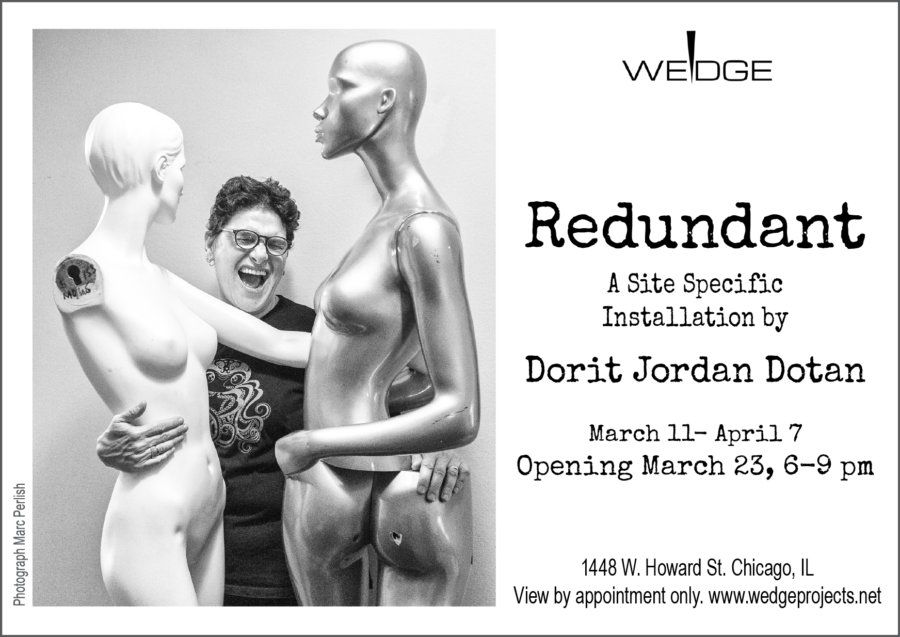