On view through Friday, May 3rd

The public is invited to the opening reception with light refreshments on March 13th, 2018 from 4pm to 6pm. The photographer will be present.
This exhibition contains expansive imagery selected over the last decade from travels to Alaska, the Hawaiian Islands, Iceland, Paris, Versailles, and several majestic locations in Canada. The photographic panoramas are taken hand-held and are stitched involving up to 30 images in a single photo. David remarks: “Each image captured attempts to take the viewer on a journey, to transport them to that place of wonder and grandeur as I experienced it.”
Photography has been a dedication and integral part of his life for over 50 years. It is interesting to note that he is a self-taught photographer. His work history includes 31 years with the Hyatt Corporation as a Senior Computer Scientist/IT. David has an Engineering Degree from the Illinois Institute of Technology, Chicago. He is a member of the Chicago Society of Artists (CSA), and included in “The Legacy Continues: The Chicago Society of Artists.” His work is also in the current Portfolio, “Illinois” He is a member of the PSA, Photographic Society of America. Additionally, he is coproducer/photographer with several indie films, most notably and currently in release, “This is Indian Land-Okee-Chee’s Vision” which premiered at the American Indian Center of Chicago, and is in the collection of the Newberry Library. In addition, his exhibition record includes shows at August House Studio, ARC Gallery, Lost Artist Colony, and Trickster Gallery. He was awarded an Editor’s Choice Award from Art & Beyond Magazine. 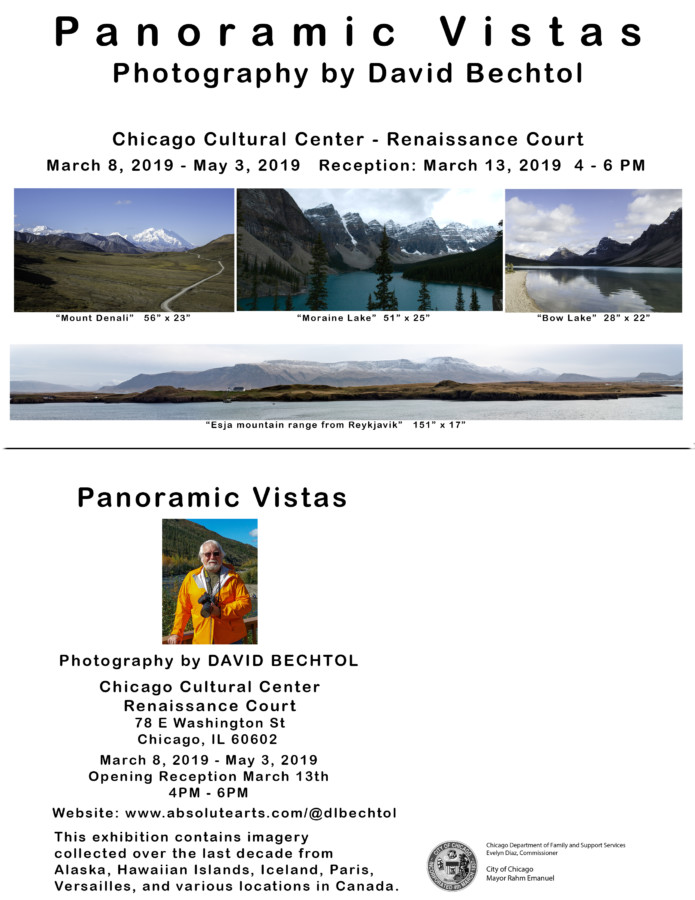