In the 2004 essay, “An Archival Impulse,” Hal Foster traced a distinct tendency toward the use of historical information and archival organization within contemporary art. Quoting Thomas Hirschhorn, Foster believed the desire to archive is “to connect what cannot be connected.”

An archive is both “the commencement and the commandment,”¹ the beginning and the authority. It establishes the history of a person, a community, a place, a nation, and brings them into being through collective and personal memory. When the tie to an origin is believed to be fractured, unstable, or lost, this will to connect is an anxious response: “For why else connect so feverishly if things did not appear so frightfully disconnected in the first place?”

Fifteen years later, the tendency to work archivally still holds. But the impulse to connect manifests itself in motivation, not in method. Foster brushes against the idea of an “anarchival impulse,” that is a concern less with definite beginnings and more on the possibility of new kinds of cultural memory founded on the accumulation and arrangement of obscure traces. “Anarchival Impulse” brings to the forefront artists who author their own histories by way of a rupture, a breakdown, a decentering, or a glitch.

Jen Everett, Kelly Kristin Jones, Wen Liu, and Lovie Olivia think beyond the inclusion of institutional documents and traditional archival methods. Through excavations of everyday spaces and the rearrangement of personal objects, these artists build their own archives and establish a new kind of historical record.

“Anarchival Impulse” is the first chapter of Founding, an exhibition series which contends with the foundational conditions from which sociopolitical precarity in contemporary America derives.

***
Jen Everett is an artist from Southfield, Michigan, currently working in Saint Louis, Missouri. Recently her work engages vernacular archives, the materials we collect, the records and information we hold in our bodies and where the two may converge. Her work has evolved from an image based practice to one incorporating texts, sculpture, installation and time-based media. Jen’s art-making has been heavily influenced by her undergraduate training in architecture.

Jen is currently a Chancellor’s Graduate Fellow in the Sam Fox School of Design & Visual Arts at Washington University in Saint Louis. Jen’s work has been shown at art spaces including Leo Model Gallery at Hampshire College, Vox Populi in Philadelphia and Gallery 102 in Washington
DC and presented at the Saint Louis Art Museum and Harvard University. Her work has also been published in Transition and SPOOK magazines. She has been an artist in residence at the Vermont Studio Center, Atlantic Center for the Arts and ACRE.

Kelly Kristin Jones uses the camera to examine contested city-space across the US. Her sculptural interventions carry the scars, seams, and digital residue of efforts to remove, reinterpret, and restore both public landscape and narrative in a variety of ways. The resulting photo-based works serve as a polyvocal antidote to the master narrative. She received an MFA from the School of the Art Institute of Chicago and is currently a Chicago Artists Coalition HATCH resident.

Wen Liu was born in Shanghai, China and is currently based in Chicago. She graduated from the School of the Art Institute in Chicago. Her art covers multiple disciplines, drawing from her background in wearable art, fiber, and sculpture.

She received the DCASE 2018 Individual Artists Program Grant and a fellowship from the Vermont Studio Center Residency. She recently finished a residency in MASS MoCA, Massachusetts and will be in Center Program at Hyde Park Art Center, Chicago. Wen is currently exhibiting in Living Architecture at 6018/North Chicago and her work has been exhibited in the National Grand Theater in Beijing, China, Zhou B Art Center, Manifold Gallery in Chicago, and most recently a group exhibition as a part of the HATCH Residency in Chicago Artists Coalition.

Lovie Olivia is a native Houstonian and a visual artist who employs painting, printmaking, and installation. She mostly relies on her independent studies of art, culture, music, literature, and history to influence her works.

Stephanie Koch is interested in the links between nation and narration. Her multidisciplinary projects adopt editorial processes to shift the authorial voice from the nation to those on the perceived periphery. She received a BA in Political Science from the University of Chicago and an MA in Visual and Critical Studies at the School of the Art Institute of Chicago. Currently, she is a Curatorial Fellow with ACRE and Co-Founder and Co-Director of Annas, a Chicago-based residential studio and gallery. 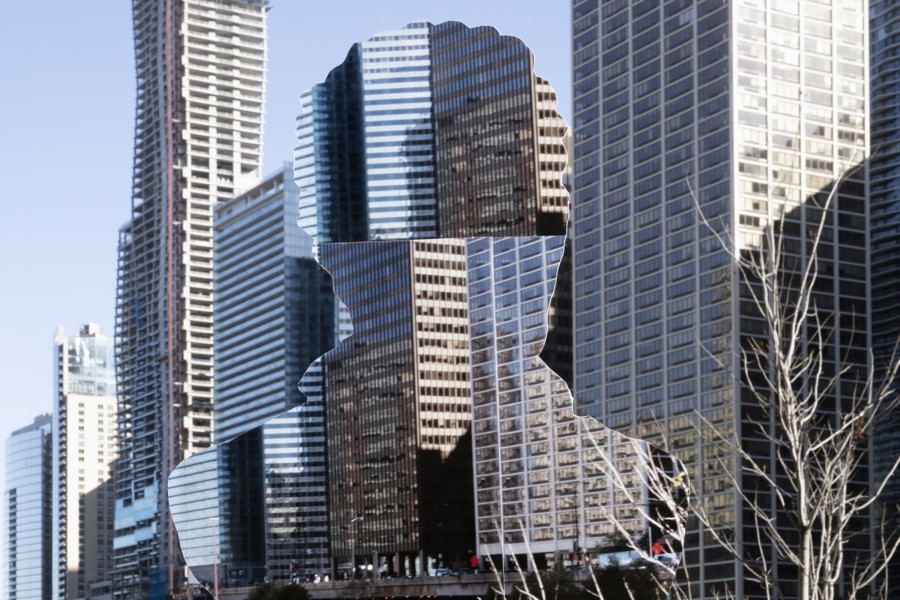