The Funambulist Four Years Later: Our Successes and Failures Are Also Political!

The Funambulist is a magazine that believes that the politics of its production and management should be held to the same standards as the politics of its contents. In this regard, and although self-critique is always challenging, this presentation examines how the magazine meets and fails this mission. Graham grantee Léopold Lambert reflects on the work to date and presents future directions for the publication.

Léopold Lambert is a Paris-based, trained architect who collaborated with Madeline Gins in 2013–14. He is the editor-in-chief of the print and online magazine The Funambulist, dedicated to the politics of space and bodies. He is the author of Weaponized Architecture: The Impossibility of Innocence (DPR-Barcelona, 2012); Topie Impitoyable: The Corporeal Politics of the Cloth, the Wall, and the Street(Punctum Books, 2015); La politique du bulldozer: La ruine palestinienne comme projet israélien (Éditions B2, 2016); and States of Emergency: A Spatial History of the French Colonial Continuum(forthcoming, 2019). He has been the recipient of four Graham Foundation grants between 2014 and 2017.

Image caption: The 20 first issues of “The Funambulist” since September 2015

Tags: Chicago, Graham Foundation for Advanced Studies in the Fine Arts, Léopold Lambert, Near North Side, The Funambulist Four Years Later: Our Successes and Failures Are Also Political! 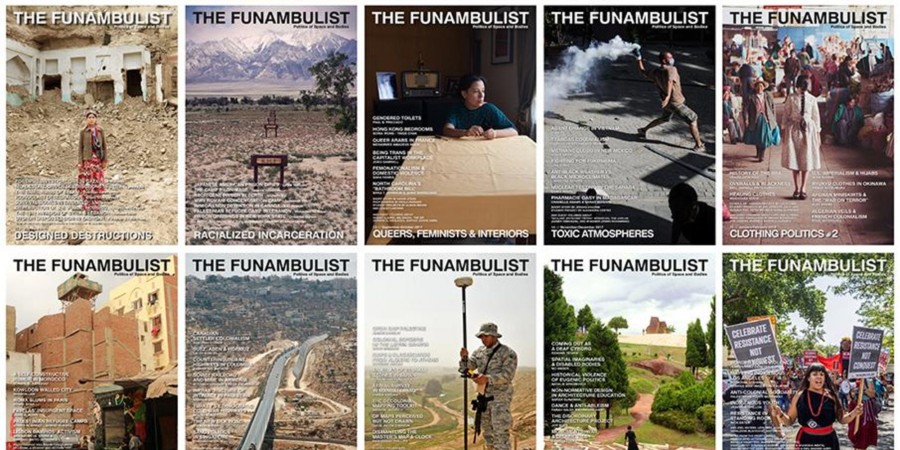