Gestures, or actions of the body (most notably the hands and arms), that are used to communicate ideas and intentions have their source in the physical presence and movement of the communicator. They can be slow or quick, and necessarily have a relationship with time as part of the perceived meaning. A gestural mark can be a very immediate way to respond to a source or a surface. A gesture can also be extensive, and even repeated to determine an entire composition. An accumulation of different gestures, too, can bring ideas into physical presence.

Often, in painting, the word gesture conjures up thoughts of the grand or heroic. It is associated with action painting, done on a large scale. Small gestures, too, have an important role to play in painting. Alone, small gestures can sneak in, surprise, jump quickly, organize and punctuate. In numbers, they prove mighty as they slow down transitions, become forms and atmosphere, establish pattern and rhythm, and create a language of movements from which one can glean the intention and physical record of the artist.

The artists in this exhibition challenge our conceptual, material and bodily relationship to gesture. In some paintings, small, quick gestures feel monumental, concise and still when scale and physicality are reexamined. In others, the gesture is set within or pushed up against geometric structures that appear to abruptly halt a movement or create friction to slow it down. Large gestures are condensed and small gestures are expanded or depicted larger as these artists question how the gesture is perceived in painting.

Gianna Commito’s gestures are small favors, winks and nods toward her process and the history of abstraction. Her paintings, at first glance, work hard to deny any evidence that the artist’s hand was ever in play. Striped planes are delineated by taped edges, cutting off and covering up the information underneath and around unyielding geometric forms. A closer look reveals quite a different process, one in which many small gestures, both real and suggested, add up to create these fractured surfaces. Often starting with drips, pours, or spills, the first layer of information in Commito’s work is closely aligned with action painting or the chance-derived techniques of the Surrealists. From this quiet chaos she wrestles the suggestion of order. Gestural marks reappear at later stages in the process in more codified practices: discreet shapes and forms that suggest a controlled flick of the wrist. These present as polite splatters, tiny feathered swoops, or the excavation of layers from tape being gently pulled away. The scale of Commito’s work ensures that no gesture swells beyond a subtle signal or shrug. Once noticed, though, they provide a counterpoint to the work’s louder and more obvious formal tendencies.

Gianna Commito (b. 1976, Sea Level, NC) earned a BFA from The New York State College of Ceramics at Alfred University, Alfred, NY and an MFA from the University of Iowa, Iowa City, IA. The artist has been included in exhibitions at Fleisher/Ollman Gallery, Philadelphia, PA; The Akron Art Museum, Akron, OH; Lehman College Art Department, New York, NY; Webster State University, Ogden, UT; MOCA Cleveland, Cleveland, OH; National Academy, New York, NY; and the Drawing Center, New York, NY; among others. Commito is the recipient of numerous awards and fellowships, including the Ohio Arts Council Award; the Cleveland Art Prize; Artist in Residence at Yaddo, the MacDowell Colony, and the Bemis Center for Contemporary Art; and the Pollock-Krasner Foundation Grant. In 2018, her work was featured in the inaugural edition of the FRONT International: Cleveland Triennial for Contemporary Art in Cleveland, OH. Commito lives and works in Kent, OH and is represented by Rachel Uffner Gallery in New York City.
https://www.racheluffnergallery.com/artists/gianna-commito/bio

Nina Rizzo began painting on miniature canvases years ago and only recently found their role in her overall studio practice. Would they read as large paintings scaled down or would they contain marks that remained the size appropriate for larger paintings? Working on these canvases has allowed for play and discovery regarding the perception of size. The gestures present in these very small paintings, if reproduced without contextual information, have the capability to read as monumental. When their size is understood by a viewer, the gestures read as small, but strong and very physically present.

Rizzo began using these miniatures as the basis of larger (but still relatively small!) paintings in 2016. Each painting seemed to require a different strategy to increase the scale. The physical presence of the paint became the means for developing the character of each painting. Paint, in these relatively larger gestures, cuts, turns, sits, stirs, and glides to locate the main activity of these paintings on the surface of the canvas. Along with maintaining much of the simplicity of the compositions of the mini works, the resulting paintings keep the action in the marks and paint application. It is through very small gestures that these paintings are born and then carry that characteristic onward through the physical presence and expression within material and movement.

Nina Rizzo (b. 1974 Chicago, IL) is a Chicago based artist and Associate Professor of Painting at Northern Illinois University. She received her MFA in Painting at The University of Texas at Austin in 2004 and her BFA from The University of Illinois at Urbana-Champaign in 1997. She has shown extensively throughout the US, in Mexico, Japan, Korea, Canada, Rome, Iceland and France. Nina has completed artist residencies in many varied locations including Reykjavik, Iceland. Rome, Italy, Berlin, Germany, Banff, Canada and Marnay-Sur-Seine, France where the varied sights and surroundings have always had a great impact on her work. When she is not in the studio she spends time walking her dog. Nina is represented by Linda Warren Projects, Chicago.

Stephanie McMahon’s paintings explore and evoke new discoveries informed by her observations and experiences within a particular environment or place. Weaving in and out of referential forms and colors, she allows for intuitive and contradictory responses, by creating an image that fluctuates between deliberate and incidental. Gestural brushstrokes impart physicality yet glide weightlessly over smooth surfaces as figure ground relationships oscillate and conflate. Fluid marks are often contained within a shape or stopped by a sharp edge in contrast to the gesture, revealing both transitory and measured time. The gesture in McMahon’s paintings is used to refer to the present moment and reconstruct a past experience. It is both calculated and open, creating an active space for visual exploration.

Stephanie McMahon (b. 1976, Rochester, NY) earned a BFA from The New York State College of Ceramics at Alfred University, Alfred, NY and MFA from The University of Texas at Austin. She has exhibited at Northern Illinois University Art Museum, Tang Contemporary (Beijing), T + H Gallery (Boston), and SCOPE New York among others. McMahon is recipient of the Memorial Art Gallery Award of Excellence, an SOS grant from the New York Foundation for the Arts and a Constance Saltonstall Foundation for the Arts Individual Artist Grant. She was an artist in residence at Cité Internationale des Arts, Paris. Her work has been reviewed and published in the Boston Globe, Hyperallergic, and New American Paintings Blog and Magazine. McMahon has lectured and exhibited at numerous universities including Kent State University, Hobart and William Smith Colleges, Northern Illinois University, The Central Academy of Fine Arts Beijing, and Lu Xun Academy of Fine Arts in Shenyang, China. McMahon lives and works in Alfred, New York where she is Professor of Painting and Drawing at Alfred University. 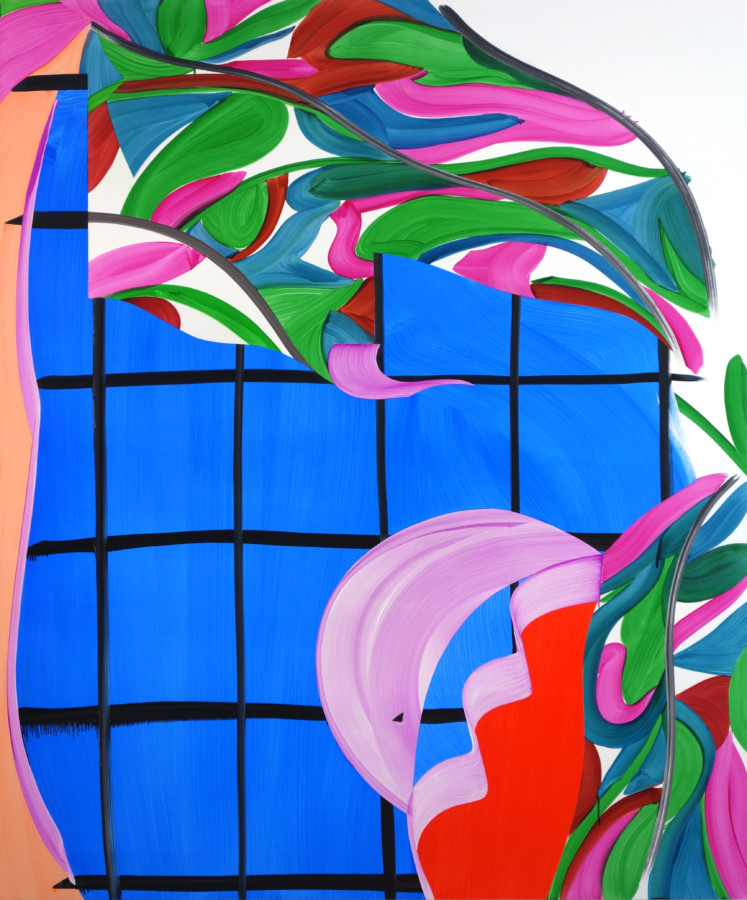