he Sharing The Crop Migration Cipher is a talking circle curated by Rebuild Foundation 2019 Dance Fellow Ayesha Jaco. This cipher series is inspired by Jaco’s upcoming dance work the Chississippi Mixtape which chronicles the voyage of the artist’s late grandmother from the Mississippi Delta as Sharecroppers to Chicago’s West Side. The Sharing The Crop Community Cipher empowers community members to share their family’s Great Migration story. Participants can bring photos of their own migration to be featured in the Chississippi Mixtape photo exhibition in Summer 2019. Soul food bites will be served and the cipher will culminate with a special performance by Roy Kinsey whose latest project Blackie is inspired by his family’s migration to Chicago from Mississippi.

This event is FREE and open to the public. RSVP does not guarantee entry.

About Ayesha Jaco: Ayesha is a Senior Director, Choreographer and Philanthropist.. She has taught African, Modern Jazz and Hip-hop dance to over 1000 Chicago youth. She is the founder of Move Me Soul Youth Dance Company, M.U.R.A.L. (formerly the Lupe Fiasco Foundation. She studied with Homer Bryant, Nicole Stuart (Gallery 37 in the Parks), Diane Holda, Najwa Dance Corps and the Illinois State Dance Theater. In 2008, her poem “Baba Says Cool For Though” was also featured on So You Think You Can Dance. In 2007, she taught Brad Pitt a few hip-hop moves in preparation for his role in Burn After Reading. In 2006, she choreographed Lupe Fiasco’s I Gotcha Video. Ayesha holds a Bachelor of Science in Dance and Mass Communication from Illinois State University and a Masters of Arts Management (Arts in Youth and Community Development) from Columbia College Chicago. She is a 2018 Chicago DanceMakers Forum Lab Artist and will premiere a new work The Chississippi Mixtape in 2019.

About Roy Kinsey: Chicago born and raised, Roy Kinsey is a bit of an anomaly when it comes to tradition in his respective industries. where being a black, queer-identified, rapper, and librarian may be an intimidating choice for some, Roy’s non-conformist ideology has informed his 4th album, and self proclaimed, “best work yet,” Blackie: a Story by Roy Kinsey. Featured in and on major local, national, and international publications like Billboard, NPR, WBEZ’s Vocalo, the Chicago Tribune, WGCI and the RedEye, his “deft skill for storytelling,” is proving to have wings like the “flying africans” of old that he raps about on his latest project. Kinsey’s latest video BSAYF, exploring black queer identity and spirituality, premiered at the Museum of Contemporary Art, the Art Institute of Chicago, the Harold Washington Cultural Center and the Dusable Museum. he has shared his lyrics on the stages of Lincoln Hall, Logan Square Auditorium, Wild Hare, The Shrine, and Soho House, and has recently done a series of performances/exhibitions with the Chicago Public Library’s seasonal book and theme programming of race and music, One Book, One Chicago. his professional development in librarianship has fueled his desire for self examination and then reporting his findings, in rhyme. he intends and believes the success of his present and future creative works will touch the hearts of many because it comes from the heart. Roy Kinsey is a librarian in the Teen Services/Youmedia department for Chicago Public Libraries. 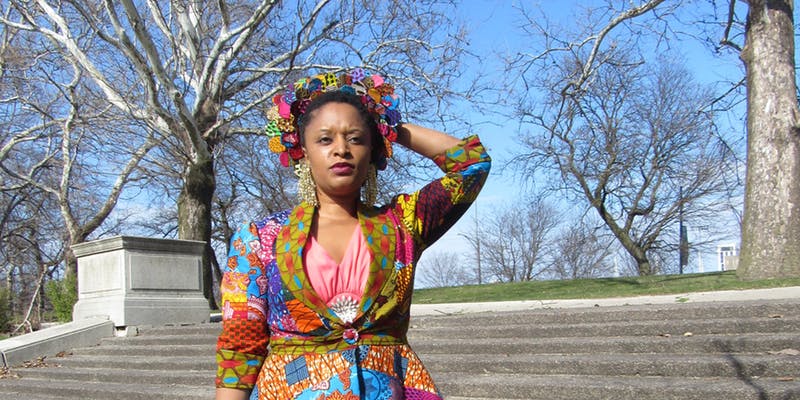