Robert Chase Heishman is an artist whose practice is wide-ranging. Informed by his work as a set designer, Heishman approaches photography spatially, treating the threshold of the photograph similar to a theater proscenium. His work ruminates on the architecture of the image and point of view, often utilizing the forced perspective of the camera to build elaborate tableaux. He holds his MFA in Studio Art from Northwestern University (2012), and BFA in Photography and Art History from the Kansas City Art Institute (2008).

Join us in celebrating Heishman’s Residency during an opening reception on Friday February 22, from 6pm-8pm. The exhibition will be up until Wednesday, February 25. 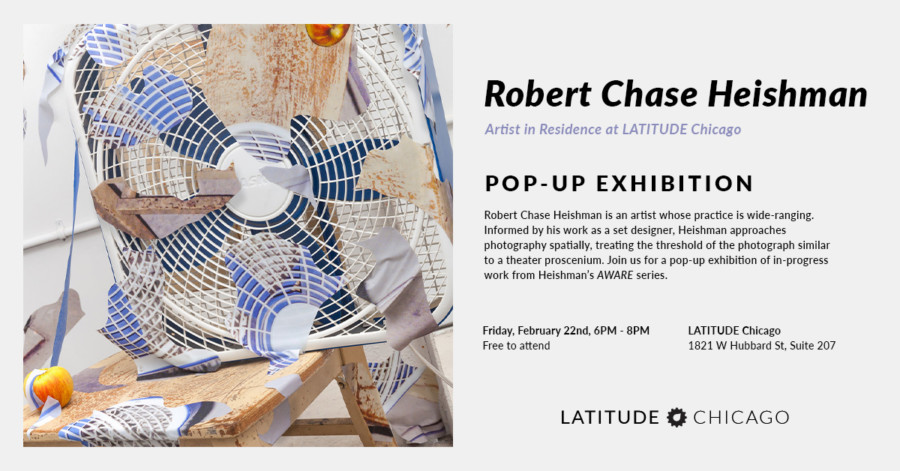