Maia Cruz Palileo: All The While I Thought You Had Received This

moniquemeloche is pleased to present All The While I Thought You Had Received This, an exhibition of new paintings and drawings by Maia Cruz Palileo. This is her first solo show with the gallery and the first in her native Chicago. Informed by her family’s Filipino heritage, Palileo investigates larger questions pertaining to identity, history, migration, and belonging. The artist’s strategy for unraveling these long and tangled threads is itself born from from an intricately woven patchwork of sources and mediums; Palileo translates these materials into a novel formal language to describe a new world of her own making.

In 2017, through the Jerome Foundation’s Travel and Study Program Grant, Palileo conducted research at Chicago’s Newberry Library, which has one of the largest collections of Philippiniana in the world (comprised of the collections of Edward E. Ayer, an American who assembled a vast trove of Philippine 17th and 18th century manuscripts upon US victory over the Spanish at Manila Bay in 1898; and the photographic archive of Dean C. Worcester, an influential and controversial figure in the early years of American presence in the Philippines). These varied documents, spanning centuries and cultures, offered a kaleidoscopic vision of the Philippines as seen through numerous eyes, and recalled by multiple “natives” and “others.” Struck in particular by the exploitative gaze of Worcester’s ethnographic photographs, Palileo sought to resuscitate the figures he captured so problematically, and looked to Damián Domingo for inspiration. Considered the father of Philippine painting, Domingo set up the first Philippine art academy in 1821, an institution which implemented non-discriminatory practices, affirming the right to equality and respect for all who wished to study there. Domingo’s watercolors from the era confer humanity onto an array of different types and characters in and around Manila Bay, a sensibility which informed Palileo’s re-assessment of Worcester’s images:

“I began to draw figures, plants, landscapes, and other elements from the archive. Then, I cut out each drawing, creating a new library of cutouts: figures, plants, animals, interiors, boats, moons and mountains. The pieces were then placed in various arrangements and recorded via graphite rubbings. This process allowed for the cutouts to be combined into potentially infinite visual narratives.” The exhibition will feature a site-specific installation of these materials.

The resultant paintings present a potent amalgamation of Palileo’s research, bridging Spanish colonialism, the Filipino-American War, and the artist’s own understanding of a fractured and complex past. Hovering between fact and fiction, her expressive, gestural paintings are dream-like reveries rendered in dusky jewel-tones. Further inspired by Philippine folkloric motifs found in revolutionary Isabelo De Los Reyes’ book El Folk-lore Filipino (1889), as well as Nick Joaquín’s short stories, they present an uncanny realm; a magical realist landscape where histories comingle, ghosts are confronted, and alternative paths are forged. Through Palileo’s keen alchemy, a rich new historical record takes shape, one informed by a fluid and unfixed collective memory.

Tags: All The While I Thought You Had Received This, Chicago, Maia Cruz Palileo, moniquemeloche, West Town 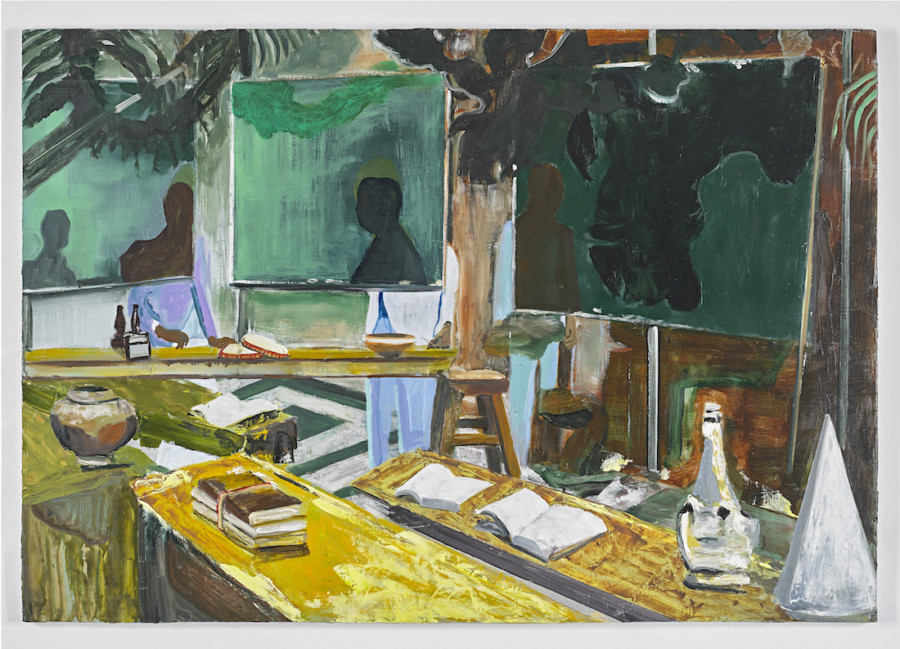