Artist Laurie Simmons leads audiences on a journey through the films that have inspired and influenced her work on the opening day of her exhibition Laurie Simmons: Big Camera/Little Camera.

ABOUT THE ARTIST
Laurie Simmons (b. 1949, Long Island, New York), a central figure of the Pictures Generation, is known for her staged photographs and films with paper dolls, finger puppets, ventriloquist dummies, and costumed dancers as “living objects,” animating a dollhouse world suffused with nostalgia and colored by an adult’s memories, longings, and regrets. Simmons’s work blends psychological, political, and conceptual approaches to art making—transforming photography’s propensity to objectify people, especially women, into a sustained critique of the medium. Mining childhood memories and media constructions of gender roles, her photographs are charged with an eerie, dreamlike quality. On first glance, her works often appear whimsical, but there is a disquieting aspect to Simmons’s child’s play, as her characters struggle over identity in an environment in which the value placed on consumption, designer objects, and domestic space is inflated to absurd proportions.

Simmons received a BFA from the Tyler School of Art, Philadelphia in 1971. She has held major exhibitions at the Museum of Modern Art, New York; Baltimore Museum of Art; Walker Art Center, Minneapolis; Neues Museum, Nuremberg Germany, Gothenburg Museum of Art, Sweden; and the Jewish Museum, New York. She has participated in two Whitney Biennial exhibitions (1985, 1991) and was included in the 2013 Venice Biennial. Simmons is the recipient of the Roy Lichtenstein Residency in the Visual Arts at the American Academy in Rome (2005); and fellowships from the John Simon Guggenheim Memorial Foundation (1997) and the National Endowment for the Arts (1984). She lives and works in New York and Kent, Connecticut. 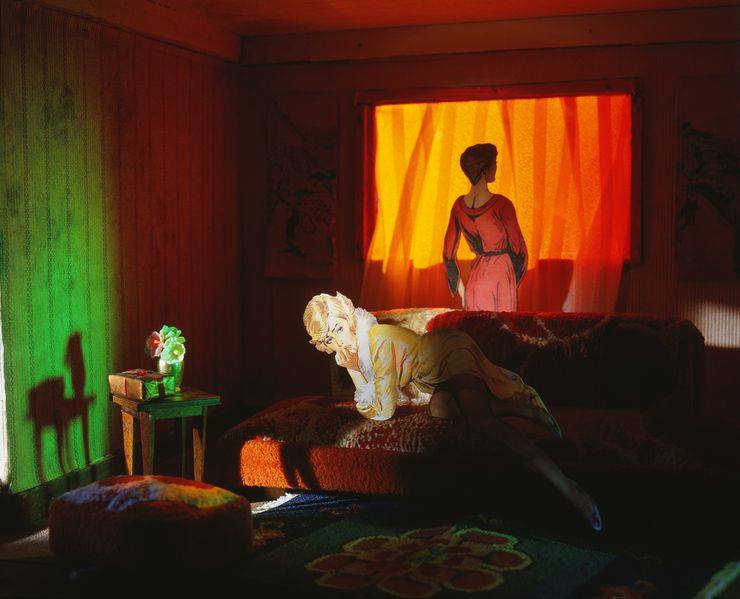