Lalla Essaydi is a Moroccan photographer and painter who now lives and works in the USA. Essaydi appropriates the distorted lens of Orientalism to document her own experience growing up as an Arab woman within Islamic culture. Known for appropriating the male art of calligraphy and applying it to women’s bodies in henna, a traditionally female art, Essaydi suggests the complexity of Arab female identity as she subtly critiques cultural patterns. In doing so, she hopes to invite viewers to combat stereotypes. Essaydi also works in other media, such as video, film, and installation.

Essaydi received her MFA and BFA from the School of the Museum of Fine Arts/TUFTS University, and also attended L’Ecole des Beaux Arts in Paris, France. Essaydi’s work is represented in collections such as the Los Angeles County Museum of Art, the Art Institute of Chicago, the National Gallery of Art, the Brooklyn Museum of Art, the Louvre Museum, and the Museum of Contemporary Photography, among several others. The most recent solo publication of her work, Lalla Essaydi: Crossing Boundaries, Bridging Cultures, was published in 2015 by ACR Edition. 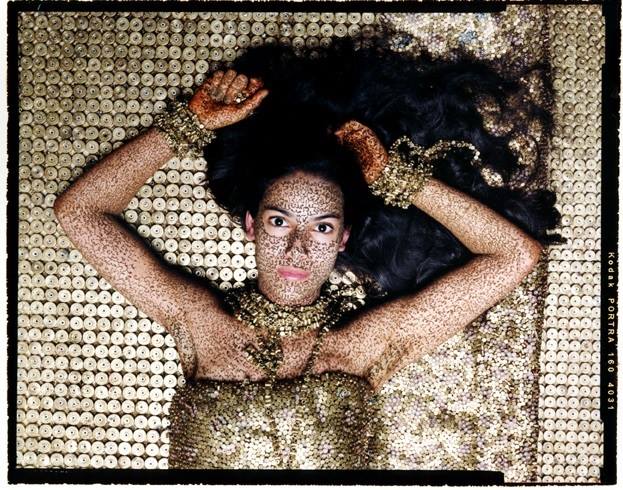