The Hooligan Mag Five Year Art Collective is a 10 hour music & arts celebration and experience that commemorates another year of art, authenticity, and ambition with live music, poetry and artist + small business booths.

Advanced tickets gain you the address to the venue – wristbands will be distributed upon arrival. Want to buy a ticket at the door? RSVP at hooliganmagazine.com/hooliganturnsfive for the address

As the world’s largest digital discovery and publishing platform, Issuu attracts a global audience of more than 100 million unique visitors per month, with 40M+ publications and over a trillion pages combined. Issuu enables anyone — from independent creators to global brands — to share, measure and monetize their editorial, catalog or marketing content on any device. Founded in 2006, Issuu is headquartered in Palo Alto, with offices in Copenhagen, Berlin, and New York City. For more information, please visit: www.issuu.com

Mal Blum
http://www.malblum.com/
Dubbed “punk’s greatest hidden treasure” (Stereogum), Mal Blum writes cleverly crafted songs that are immediate, self-effacing, and viscerally relatable. Their latest record, 2015’s You Look A Lot Like Me (Don Giovanni), was in many ways a mental health record, and an exemplification of Mal’s ability to interrogate the darker shades of the human condition with lyrical ingenuity.

Tasha
http://wowtashawow.net/
On her debut album ALONE AT LAST, Tasha celebrates the radical political act of being exquisitely gentle with yourself. For years, the Chicago songwriter has dreamed hard of a better world—she’s worked with the local racial justice organization BLACK YOUTH PROJECT 100 and has been on the front lines at protests around the city. But as she returned to the guitar, an instrument her mother first taught her to play when she was 15 years old, she began exploring the ways music can be a powerful force for healing. It might not fix a deeply broken world all by itself, but it can offer comfort and respite for those who, like her, dare to imagine a thriving future.

Akenya
http://www.akenyamusic.com/
Akenya is a multi-genre singer, pianist, composer, and arranger. Her music places a strong emphasis on jazz and incorporates elements of hip-hop, funk, pop, classical, and world music. A proud Chicago native, Akenya has performed and recorded with some of the city’s leading artists such as Smino, Saba, and Chance the Rapper. In 2016, Akenya joined forces with emerging rapper Noname, appearing on her acclaimed debut album Telefone and touring as her musical director and opening act in Europe, the Middle East, and North America. After appearing with Noname on her Tiny Desk Concert, Akenya was asked to contribute vocals to Chicago legend Mavis Staples’s Grammy® nominated, 2017 album If All I Was Was Black. While recording at the famous The Loft Recording Studio, Akenya worked closely with the album’s producer and writer, Jeff Tweedy of Wilco.

As a solo artist, Akenya’s unique sound and versatile musicianship has garnered the attention of top tier publications such as The Chicago Tribune, The Fader, and Afropunk. She has performed her original music across the country and abroad. In her home town, Akenya has played nearly every major venue including Thalia Hall, Lincoln Hall, and Metro. Last fall she made her solo festival debut with a stellar set at North Coast Musical Festival. Akenya is currently working on her highly anticipated, debut LP, Moon in the 4th. Her newest single Decay is out now and can be streamed, downloaded, and purchased anywhere music is available.

Loona Dae
Tweets by Loonadae
Singer/songwriter and producer Loona Dae is a Chicago-based artist stepping into the solo spotlight. Originally from St. Louis, she’s released demos and loose singles throughout the years (as well as her Phases EP back in 2017) but her current focus is stronger than ever. Her newest offering, Moonflower, is a four song testament of rebirth that showcases her abilities both instrumentally and vocally. With reflective narratives of doubt, reassurances, and visible growth, the songstress crafts tracks that fit nicely next to a late night candle burning, a long cruise down a quiet road, a meditative afternoon with close friends. This is closure and self love in musical form. Loona Dae’s sound is ambient and cosmic. It’s a bright light when the world is shrouded in darkness. A former member of the now-defunct femme group The Highness Collective (previously known as SHE) as well as a backup vocalist for Smino, Loona Dae has a strong portfolio in and around the Midwest, but it isn’t until now that she’s letting her solo talents truly shine. Stick around and keep up as she soars on her own. To use her own words in closing, “What a thrill to be metamorphosing.

Emily Blue
Tweets by emilybluemusic
Emily Blue’s music is a phone call to another universe. Vibrant, neurotic, and genre-bending, the young artist pulls from some of today’s most eclectic music personalities (think St. Vincent, FKA Twigs, Pussy Riot). Moving far from her previous work, the upcoming record “*69” is less traditional and more character-driven, painting a portrait of Blue as a fiery pop-songstress from another realm.

Josè Olivarez
https://joseolivarez.com/
José Olivarez is the son of Mexican immigrants. His debut book of poems, Citizen Illegal, was awarded the 2018 Chicago Review of Books Poetry Prize, and it was named a top book of 2018 by NPR and the New York Public Library. Along with Felicia Chavez and Willie Perdomo, he is co-editing the forthcoming anthology, The BreakBeat Poets Vol. 4: LatiNEXT. He is the co-host of the poetry podcast, The Poetry Gods and a recipient of fellowships from CantoMundo, Poets House, the Bronx Council on the Arts, the Poetry Foundation, & the Conversation Literary Festival. His work has been featured in The New York Times, The Paris Review, and elsewhere. In 2018, he was awarded the first annual Author and Artist in Justice Award from the Phillips Brooks House Association and named a Debut Poet of 2018 by Poets & Writers. He lives in New York City.

Raych Jackson
https://www.raychjackson.com/
Rachel “Raych” Jackson is an educator, poet and playwright. She has competed on numerous national teams and individual competitions. She is the 2017 NUPIC Champion and a ‘17 Pink Door fellow. In October 2018 her latest play, Emotions and Bots, premiered at the Woerdz Festival in Lucerne Switzerland. She co-created the monthly poetry show Big Kid Slam. Rachel’s work has been published by many—including Poetry Magazine, The Rumpus, and 29Rooms through Refinery29. She is working on her first collection of poems and proudly loves every episode of Bob’s Burgers. ​ 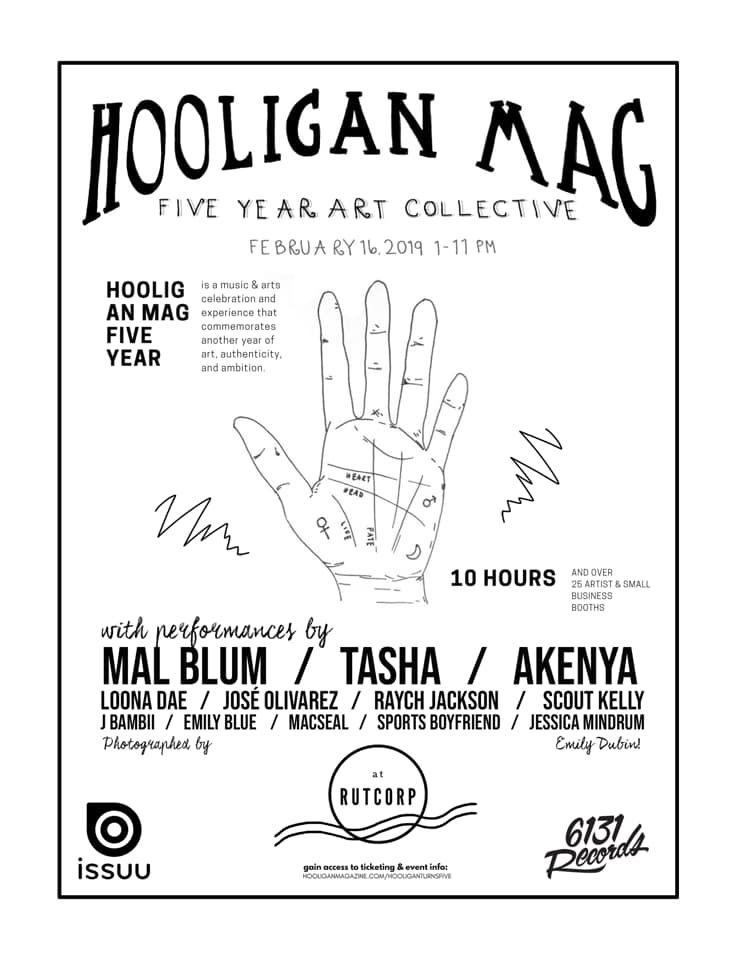