On view through Friday, February 15th

Mary Ann Johnson, President of the Chicago Women’s History Center, will discuss their current project “Documenting Women’s Activism and Leadership in the Chicago Area, 1945 – 2000,” a comprehensive digital history project that combines scholarly research, archival collection and preservation, oral history interviews, online technology and public engagement. Its goal is to develop, preserve and present new resources for the study of Chicago women’s activism during this period. Johnson will share excerpts of videotaped interviews the Center did with longtime members of Artemisia Gallery, a Chicago women artists’ cooperative space, founded in 1973. Additionally, Eleanor Boyer’s BONNIE BELL: 10,000 METER RACE FOR WOMEN, supported by the Loop YWCA Video Project, will be screened.

Both Artemisia Gallery and the Loop YWCA Video Project are featured in Where the Future Came From.

This video documents Chicago’s first Bonne Bell 6.2 mile race for women held in April, 1978. Organized and hosted by the Loop Center YWCA, it was billed as one of the largest, if not the largest, sporting events for women to that date. Over 2000 entrants completed the race. The video vividly captures the excitement of women of all ages, ethnicities, and economic status, many motivated by the desire to do something ‘just for themselves’. Loop YWCA organizers, Sharon Mier and Erma Tranter, appear in the tape, as does then mayor of Chicago, Michael Bilandic.

Mary Ann Johnson is president of the Chicago Women’s History Center, a non-profit organization founded in 1971 that supports the research, writing, publishing and sharing of women’s history. She is currently director of a major research and public history project titled “Documenting Women’s Activism and Leadership in the Chicago Area, 1945-2000.” Johnson is the former director of the Jane Addams Hull-House Museum at the University of Illinois at Chicago where she oversaw the administration of the museum and development of its educational and interpretive programs. She was an associate editor of the award winning Women Building Chicago 1790-1990: A Biographical Dictionary published by Indiana University Press in 2001. She is the editor of The Many Faces of Hull-House, The Photographs of Wallace Kirkland, published by the University of Illinois Press in 1989 and co-author of Walking With Women Through Chicago History, Four Self-Guided Tours.

Where the Future Came From focuses on the role of feminist artist-run activities in Chicago from the late 19th century to the present. This exhibition is on view at the Glass Curtain Gallery until February 15, 2019. 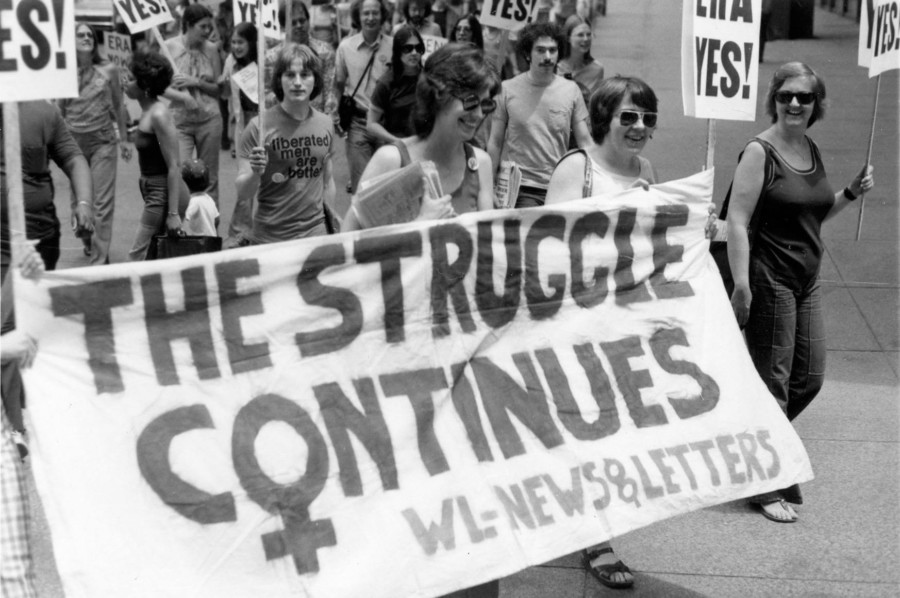