On view through Thursday, March 14th

Exhibition Dates:
January 16 – March 14, 2019
E/F Corridor “Big Walls Gallery”
Because this exhibit is in the public spaces at GSU, it can be viewed any time the campus is open.

The Great Migration was the movement of over 6 million African-Americans out of the rural Southern United States to the urban Northeast, Midwest, and West that occurred between 1910’s and 1970’s. In those decades American culture shifted greatly as a result of this vast expansion of family and tradition.

I am exploring this piece of American history through the portrait. The portrait (whether painted or photographed) has long been considered a symbol of status. At the turn of the century Kodak introduced the Brownie, a personal camera that made the portrait and other types of photography available for working class families. With this camera people were now able to capture their own experiences and craft their own images to tell the story of their lives. 100 years later, these very images and those to follow for the next 60 years will serve as inspiration for my project. Using donated and found family images, I will be retracing the steps, moments and experiences of the great migration.

The Blackbird, Crow & Raven are closely interlinked and deeply interwoven in the myth and lore of the world. These birds have been seen and depicted as powerful forces in almost every major culture recorded. An allegorical symbol often used as a placeholder for people, the bird embodies the idea of freedom. The 20th centuries newfound freedom of movement across the country would come to shape the cultures of both the cities: those left behind and those settled into. 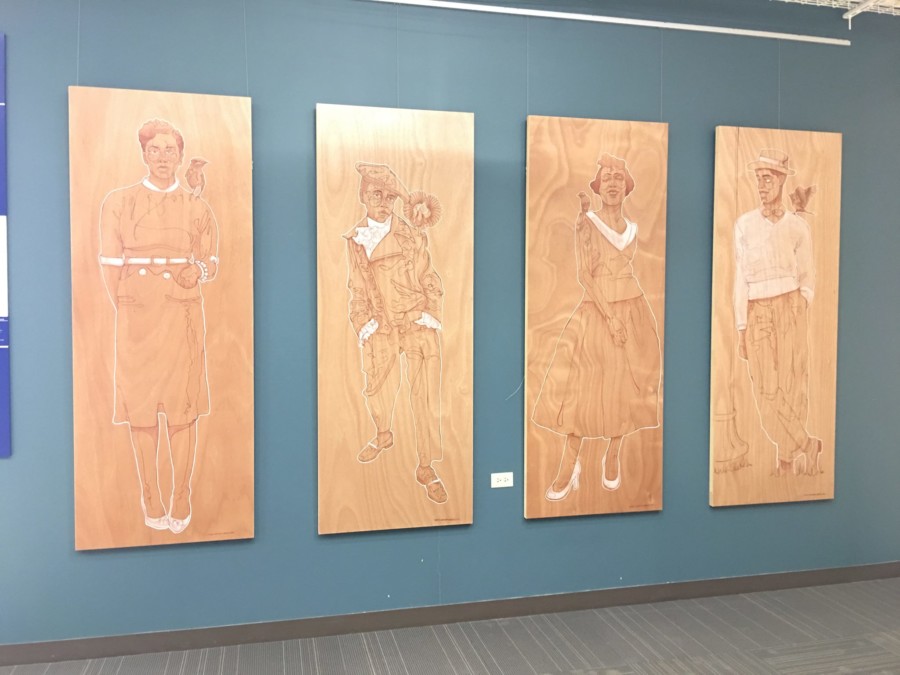