Always Touches on a Flower

On view through Thursday, March 28th

The fleur is the finest, most subtle part, the very surface, which remains before one and which one merely brushes against [effleure]: every image is a` fleur, or is a flower.
– Jean-Luc Nancy

Apparatus is pleased to announce Always Touches on a Flower, an exhibition featuring works by Alejandro Jiménez-Flores and Cathy Hsiao. Titled after a misremembered, and somewhat inverted quote by Jean-Luc Nancy, Always Touches on a Flower, explores ideas of about intimacy, memory, time, and the floral. Jiménez-Flores’s process-oriented paintings and drawings deal negotiate the between time and its embeddedness in the image through repetition and transfer. They create subtle, shifting and rhythmic surfaces where in images emerge, brush against the surface and slowly disappear only to emerge perhaps elsewhere. In a similar fashion, Hsiao probes ideas of emergence, surface through colorful casting processes using concrete and floral dyes and materials. For this exhibition, Hsiao has focused on C-clamps, a common construction tool used to hold objects together, but also leave behind a vestige of their use in the gap kept between the top and bottom clamp marking a sort of memory imbued to the object. The literal gaps in the clamp’s memory of have been scaled to correspond to the dimensions of work Jiménez-Flores has made for this show, allowing the objects to engage in in a call-and-response across the room. For Jiménez-Flores and Hsiao, the image is an object that simultaneously reaches out, and remains opaque at the same time, cutting itself off, only to reveal a different bit perhaps later. Yet, each artist complicates this maxim through the repetition of form and image across surfaces, even to the point of allowing their work to speak to one another directly. Images brush against their own surfaces and reach out to the surface of others engaging in a shared intimacy and memory of one another inviting the audience to partake as well.

Always Touches on a Flower opens Sunday February 17, 2019 from 1-4PM at Apparatus Project and will run until a closing reception and performance on March 28, accompanied by a curator’s essay and catalog of the exhibition.

Alejandro Jiménez-Flores (b.1989) is a process-based conceptual artist making gestures that occupy the space of painting, writing, and performance. Their practice is concerned with how the language we have, or lack, subordinates our subjectivities, identity formations, and the space we are allowed to occupy. They attained a BFA in Studio Arts from the University of Illinois at Chicago in 2012 & a very minor in Poetry from School of Poetics in Marseille France in 2013 ;). They have had recent solo exhibitions at BAR4000 (Chicago, IL), Heaven Gallery (Chicago, IL), and ADDS DONNA (Chicago, IL).

Cathy Hsiao is an artist working in Chicago. She comes from a background in craft, weaving animal fibers dyed with plants, raised by a Buddhist mother. She has exhibited in Chicago, New York and Los Angeles. Upcoming shows include Aspect Ratio, MCAC, and DePaul Art Museum.

Apparatus Projects is located in a dining room in Lincoln Square and is open Saturdays from 12-3 or by appointment. Please the blue buzzer upon arrival or call 219.241.6303. To set up an appointment email us at apparatusprojects.chi@gmail.com or direct message us on Instagram @_apparatus_projects_. 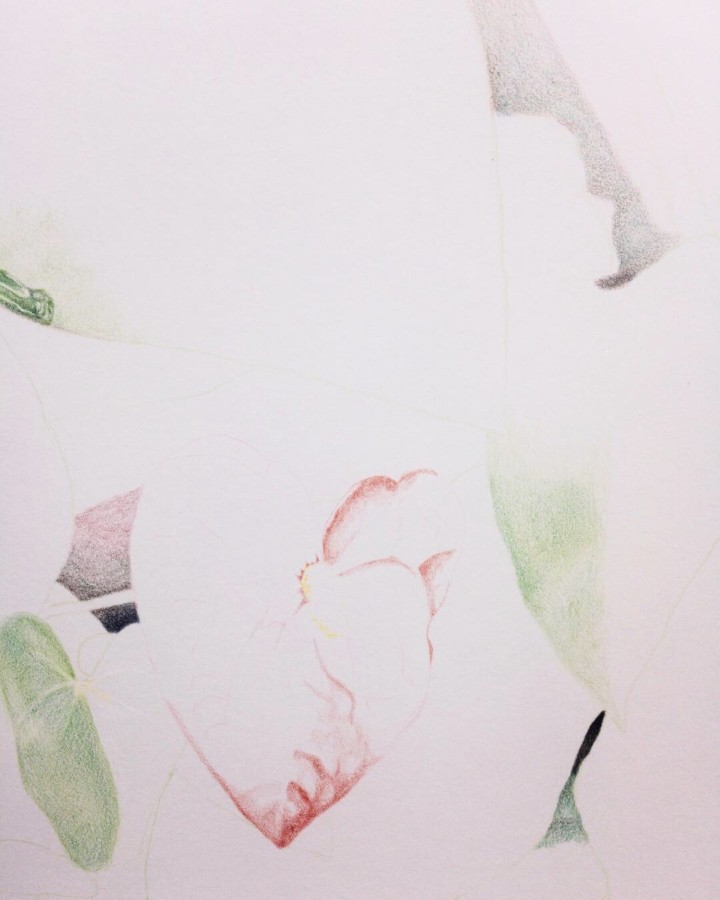