We aspire to live in a utopia but fear a dystopian future. However, we often reside in a reality which has elements of both. The photographers in this exhibition have dedicated themselves to photographing the domestic culture of specific locations and, in doing so, they reveal both the hopes and realities of life in those places. Anja Bruehling looks at the way of life for families and children in Oaxaca, Mexico. Hossein Fatemi grew up in Iran and shows us the culture of that often misunderstood country and how it is both different and like our own. Dave Jordano observes daily life in the Inuit fishing town of Iqualit, Canada. Noritaka Minami examines a capsule style apartment building in Tokyo which was very progressive when built in 1972, but now faces demolition due to obsolescence. Brad Temkin documents the people and culture of a Danish commune of artists and anarchists on a former military installation. 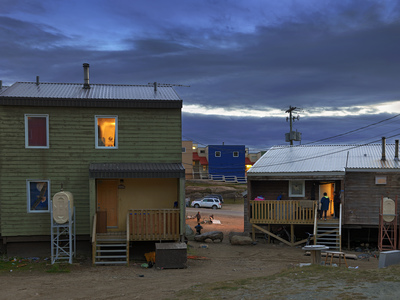