Poncili Creación: The Beginning of Nothing Performance

Poncili Creación is a Puerto Rican collective whose performative and audiovisual experiences emanate from interactive sculptures or what they call objects. Since 2012, they have worked with large-scale objects, installations and video, although they are most known for their improvisational performances involving live music, dance and experimental storytelling. Poncili’s performances have taken them across the United States, Canada, Europe and The Caribbean. Their objects have been exhibited in museums such as the Museo de Arte de Puerto Rico and the MoCA North Miami as well as in independent spaces such as 787 studios, Art Lab, Gr_und, Edge Zones, Meta-gallery, and The Poor Farm Experiment among others. 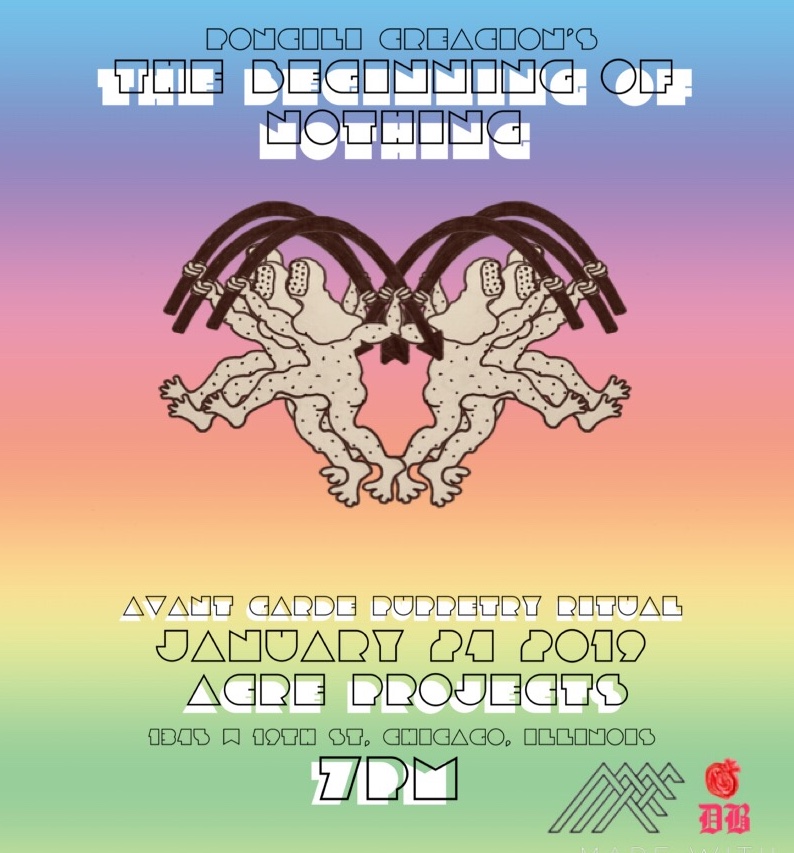