Due to extreme weather, this event has been canceled

NIGHT FOUR
Aram Han Sifuentes (Sponsored Artist Spring 2018) is a fiber, social practice, and performance artist who works to claim spaces for immigrant and disenfranchised communities. Her work often revolves around skill sharing, specifically sewing techniques, to create multiethnic and intergenerational sewing circles, which become a place for empowerment, subversion and protest. Her work has been exhibited at the Pulitzer Arts Foundation (St. Louis, MO), Jane Addams Hull-House Museum (Chicago, Illinois), Chicago Cultural Center (Chicago, Illinois), Asian Arts Initiative (Philadelphia, PA), Chung Young Yang Embroidery Museum (Seoul, South Korea), and the Design Museum (London, UK).
Aram is a 2016 Smithsonian Artist Research Fellow, a 2016 3Arts Awardee, and a 2017 Sustainable Arts Foundation Awardee. She earned her BA in Art and Latin American Studies from the University of California, Berkeley, and her MFA in Fiber and Material Studies from the School of the Art Institute of Chicago. She is currently an Adjunct Assistant Professor at the School of the Art Institute of Chicago.
www.aramhansifuentes.com/

NNN Cook (Sponsored Artist Winter 2013) will perform Green Will, 2018 For 3 analog/digital synthesizers, 2 amps, PA, tape recorder, and various acoustic instrumentation.
Green Will stages the interaction of multiple independent audio elements with each other in an enveloping and mercurial sound environment. As each source is not mechanically synced they will be diffused in a more organic and somewhat wild manner—intermingling, drifting, and colliding—while ultimately accentuating their suchness. During the performance as I continually move around the space, adjusting the electronics and introducing acoustic textures, the margins become the center of the composition as its voice, perspective, and depth frequently shifts and intermittently coalesces.
highconceptlaboratories.org/n-n-n-cook/

dropshift dance (Sponsored Artist Spring 2015) will show an excerpt of At Our Edges, a work-in-development that explores an adaptable, physical state and connection to the natural world and its processes of life and death.
dropshift dance is led by Artistic Architect and Director Andrea Cerniglia, a contemporary artist based in Chicago, IL, she is a performer, choreographer, laban practitioner, and seasoned educator. Ms. Cerniglia’s work has been shown internationally in Vancouver, BC as well as locally at Links Hall, The Hairpin Arts Center, I AM Logan Square Gallery, The Milwaukee Avenue Arts Festival, Produce Music and Dance, Hamlin Park and Holstein Park, Chicago, IL. She is a long time collaborator with Zephyr Dance with whom she performed from 2004 to 2013. She received her Graduate Laban Certificate in Movement Analysis from Columbia College Chicago in 2015. Ms. Cerniglia has performed at such Chicago venues as the Museum of Contemporary Art, the Dance Center of Columbia College, Harold Washington Library Theater, the Athenaeum Theater, and the Ruth Page Center for the Performing Arts. She has also performed in New York City at the Ailey Citigroup Theater, Dance Space, the Cunningham Studio Theater, Mulberry Street Theater, and Triskelion Arts.
Ms. Cerniglia has been a part of residency and master class work within the elementary grade levels as well as at such colleges as Columbia College Chicago and Illinois Wesleyan University. She has also taught and designed arts integrated curriculum in the Chicago Public schools through Zephyr’s arts integrated education programs uniting classroom curriculum with dance. In the spring of 2009, she was named Artistic Director of the Dance Foundation Youth Company Chicago, a dance group providing opportunity and scholarship to Chicago’s underserved youth founded at Fisher Dance Center, now R&B Dance, where she continues to support dance education and appreciation.

Anthony Janas (Sponsored Artist Fall 2017) DJs throughout the night.
Born in Evergreen Park in 1984, Anthony Janas. Retired Magician. Boat Captain. Noise musician. Anthony Janas utilities modular synthesizer techniques to construct soundscapes that undulates between the serene and perturbations found in the human condition. By using digitally treated found sounds and field recordings alongside analog waveforms, a sound collage is created that positions itself like a ghost lost in the past and future of electronic compositions.
anthonyjanas.com/ 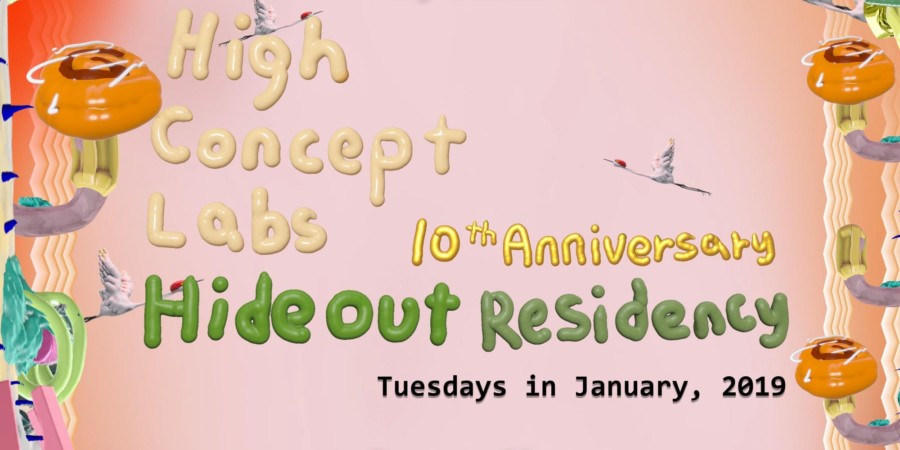