Encounter: A Folded Map & A Great Day (In The Neighborhood)

Folded Map & A Great Day in the Neighborhood

Based on the acclaimed Folded Map Project by Tonika Lewis Johnson, Chicago Magazine 2017 “Chicagoan of the Year,” this production in progress explores the impact of 200 years of segregation in Chicago by highlighting Johnson’s personal journey to becoming both an artist and activist as well as the stories of her first Folded Map “twins” – residents from North Side communities like Rogers Park and their geographic counterparts in Englewood. As luck would have it, Chicago theater artist Brighid O’Shaughnessy turned out to be one of Johnson’s North side twins, which spurred this live stage adaptation. Don’t miss this chance to see several stories of the Folded Map twins presented live, on stage, and examine as a community what can be done to bridge the divide in Chicago.

A Great Day in the Neighborhood
by Marvin Tate, directed by Sam Lewis
A musical journey through the all too real and fanciful mind of performance poet, lyricist, author, visual artist and educator, Lawndale’s own Marvin Tate, backed by a live band. 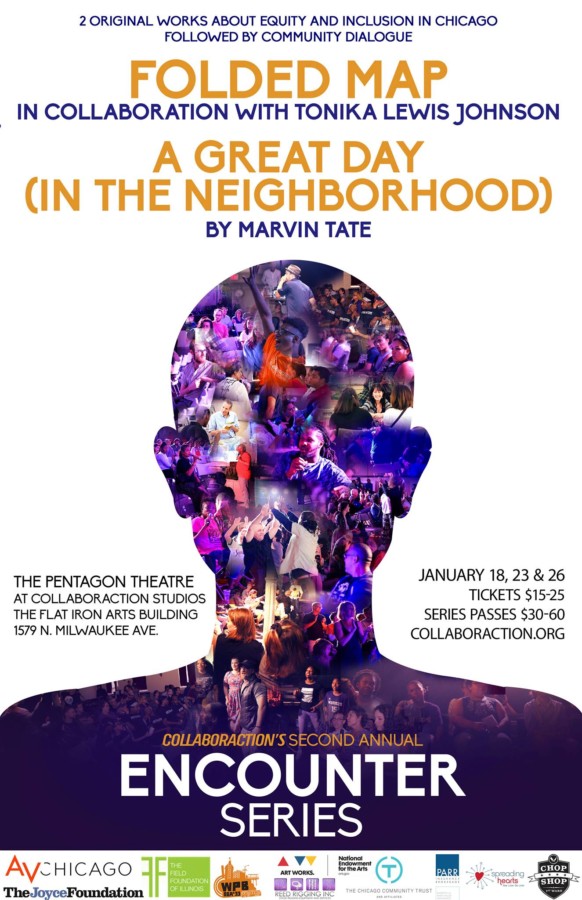