On view through Thursday, January 31st

As a part of his exhibition Mitts, David Sprecher will present New Joint, a small sculpture that participants will experience as an addition to their left hand. The sculpture will be accessed through a guided meditation that will take place in the gallery. Yoga mats and stools will be provided for the meditation.

Julius Caesar presents a solo exhibition by David Sprecher inspired by 15 objects that lived at the St. Louis Zoo with bears and large cats. The objects are referred to by zoos as “behavioral enrichment objects” and are intended “to provide captive animals with the environmental stimuli necessary for optimal psychological and physiological well-being.” Branded with names like the Jolly Egg, Bobbin, Pill, Boomer Ball, Wobble Ball, Holey Roller, and Iceberg, they are colorful geometric solids made of hard rubber or plastic. They are hard enough to be immutable in human hands, but become impressively deformed over time by the bodies of large carnivores. The works in this show are sculptural responses to a selection of used behavioral enrichment objects. 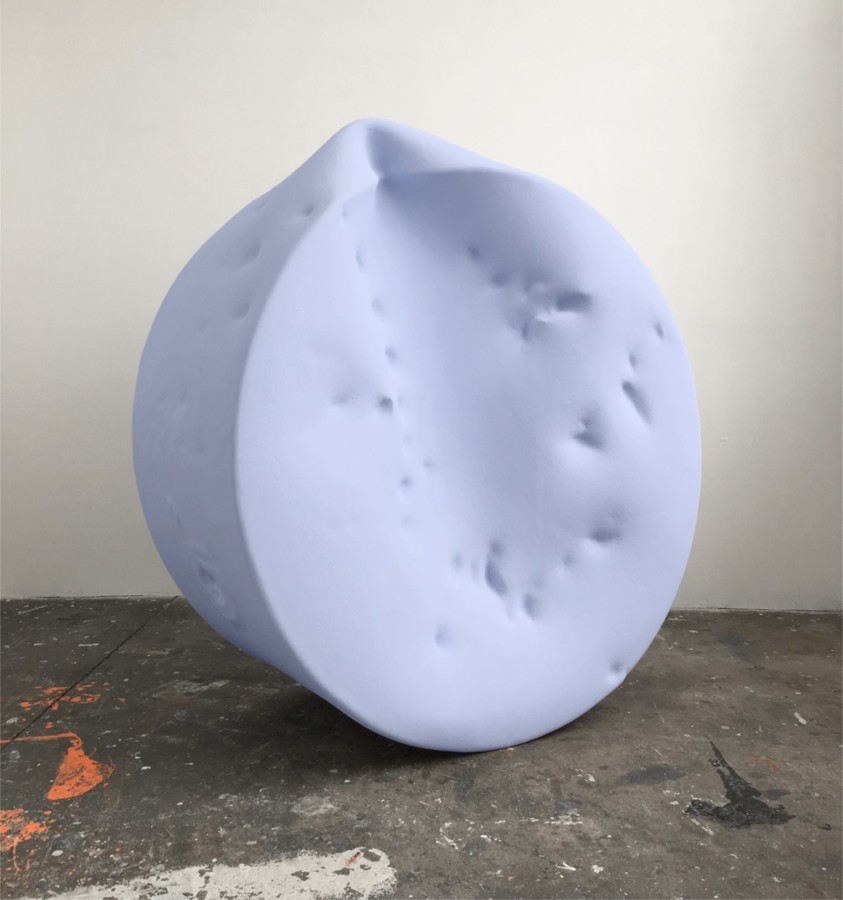