An investigation of the ethical, political, and literal filth of living in the atomic age, this evening examines the legacy of the bomb and the atomic age in general—featuring lectures on radiation and discrimination in Hiroshima and Fukushima; how Italy’s literary and artistic landscape has changed due to the atomic age over the last eight decades; the storage of atomic waste on sacred Native American Indian lands; and the general philosophical and ethical implications of living in a world where the atom itself is the object of technology—complete with live Butoh dance as well as an interactive gallery/museum before the event where audience members can learn about the history of Hiroshima and Nagasaki, view artifacts from the U.S military personnel involved with the dropping of the bombs in Japan, learn about the science and the ethics of “splitting the atom,” and use a Geiger counter to test the radiation levels of several items on display. 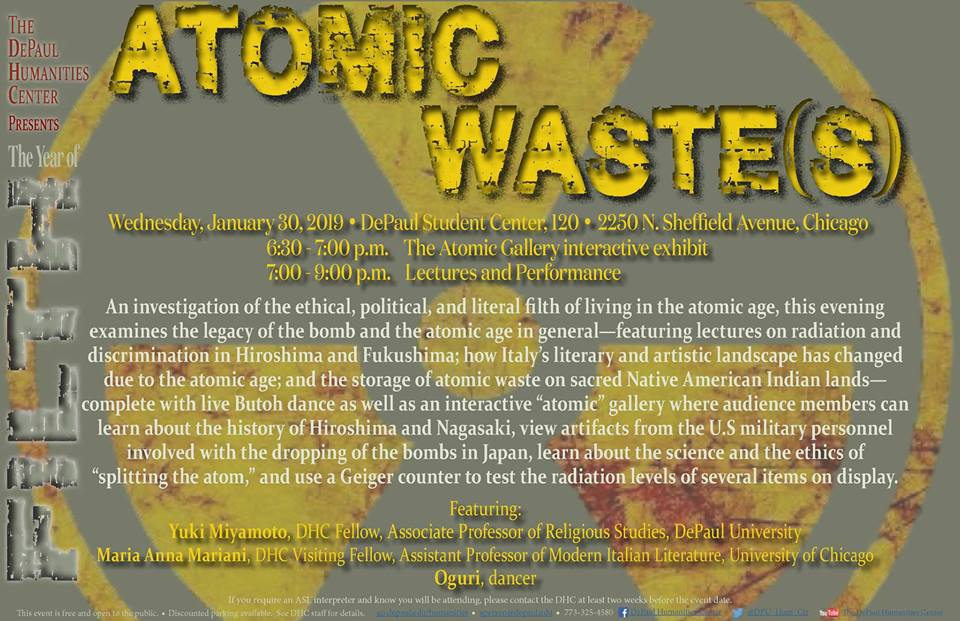