AFROPUNK is a 2003 documentary film directed by James Spooner (who’ll be in attendance,) exploring the roles of African Americans within what was then an overwhelmingly white punk scene across the United States of America — and taking place as the world shifted with the galvanizing power of the internet. Featuring performances by: Blackmarket Democracy, The Eternals, Erzuli and others!

7PM Doors, 7:30PM Screening. Director, James Spooner will be in attendance and interviewed by Duane Powell!!

Concert Afterwards, featuring Erzulie, Blackmarket Democracy, and The Eternals, who were featured in the film. 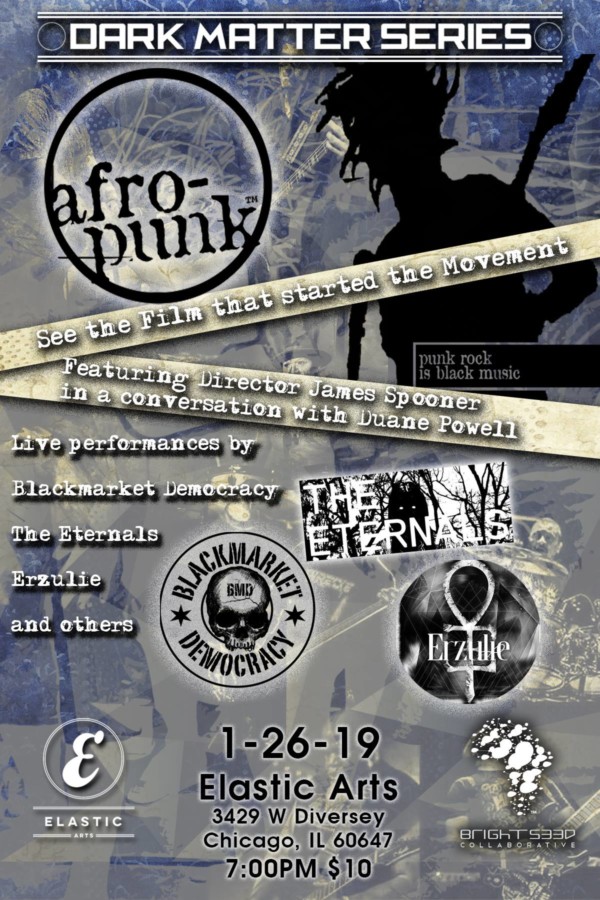