One full year in the making, we are pleased to announce our first show of 2019 is the one and only Lauren Asta. This will be Lauren’s *first* solo show since hitting the scene here nearly four years ago. An artist who’s earned her stripes, Lauren has put in countless hours painting professionally all over the U.S. While her mural work is undeniably everywhere – Lauren’s studio work is equally prolific but a bit more exclusive.

Only once before has Lauren shown a full body of work in Chicago : In Oct 2017 she was featured in a duo show in which her works sold out. Now, she’s fresh off a three month residency in Memphis where she was able to work with new mediums and expand upon an already impressive catalogue.

Two new in store murals will be unveiled at the opening plus we have a multiple surprises in store… Stay tuned!! 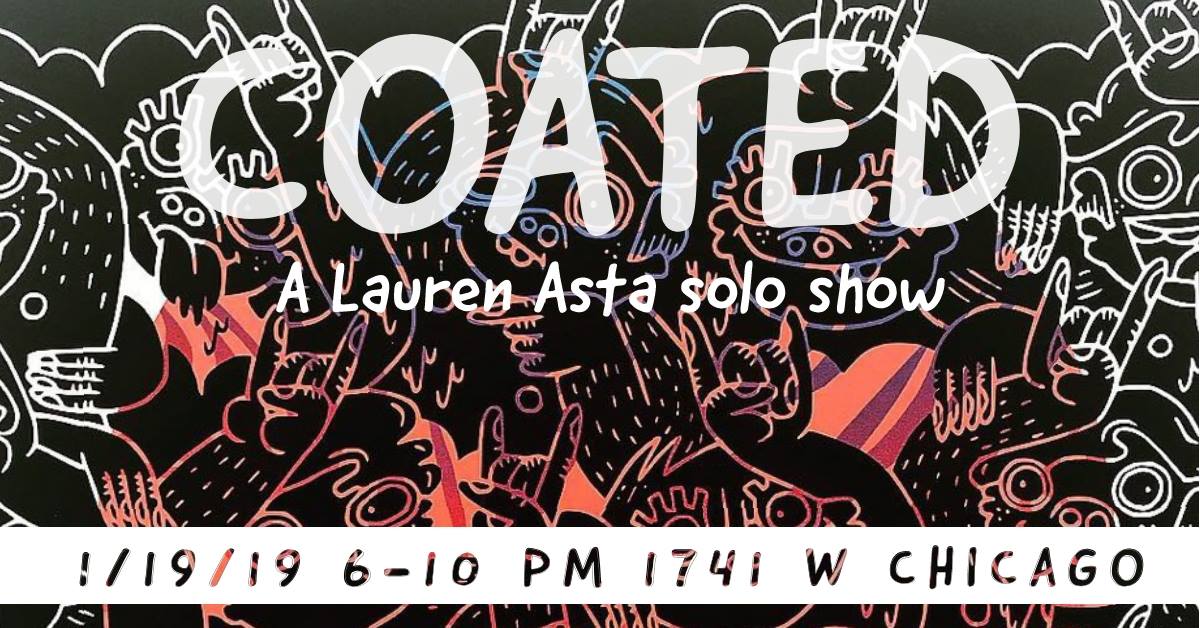