Zakkiyyah Najeebah: A Different Kind of Love Story: For Us

On view through Friday, January 12th

A Different Kind of Love Story: For Us is an investigation of Black women’s identity by Chicago-based visual artist Zakkiyyah Najeebah. In the process of discovering and claiming her own identity as a Black woman artist, Najeebah considers the artists, poets, writers, and women in her orbit who have encouraged her own self-investigation.

In her large-format portraits of Black women/femmes in private encounters and candid interactions, Najeebah embraces the concept of Womanism (coined by author/historian Alice Walker). Walker defines a Womanist as A black feminist or feminist of color… Appreciates and prefers women’s culture. Committed to survival and wholeness of entire people, male and female.1 Conscious of how the concept of woman is continuously evolving, Najeebah’s work is a reflection on its limitations and expansions. 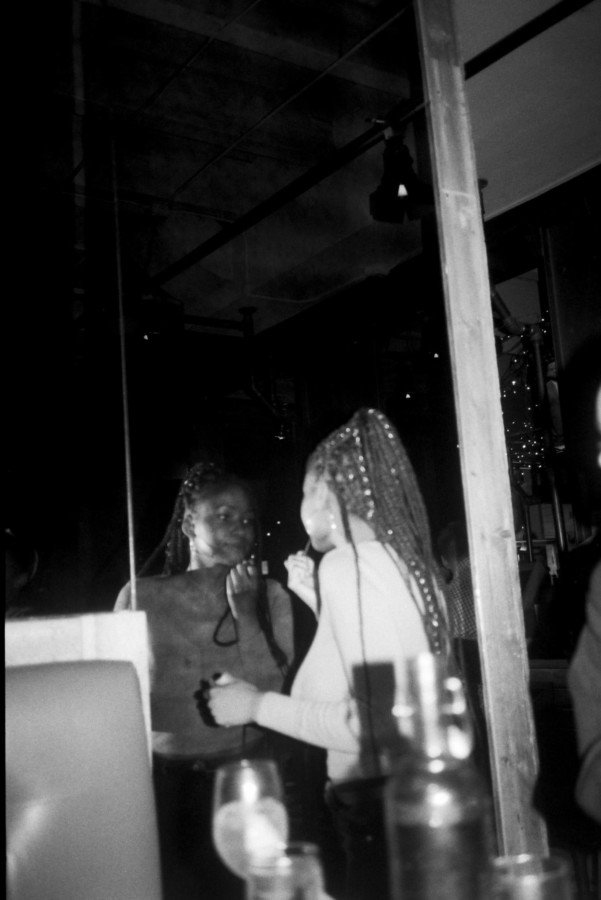